Home Liputan Utama The Unlikely Alliance Between Humans and Animals 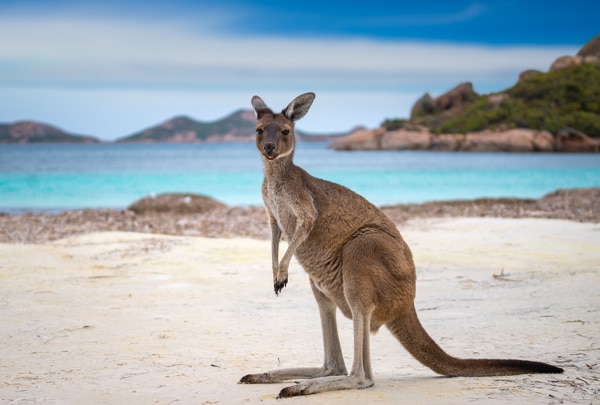 The domestication of animals dated far back in the echelons of human history. Animals have played an ancient and integral role in making life for us a little easier before the advent of machines. Their roles range from a providing faster means of traversing terrain with horses, hunting prey with dogs, and tending the land with cattle.

The bond itself, however, was as significant as the practicality. Companionship between humans and animals transcend our past; the Ancient Egyptians once considered cats to have magical properties and are raised as pets to guard their households. They even revere cats as gods. Yet, it was also common to see exotic and strange pets in the era such as fish, monkeys, gazelles, birds, hippos and even lions, a trend that still persists today.

For the sake of preservation and biosecurity in the modern world, there are strict laws surrounding the types of animals one can keep as pets. However, this law has yet to stop people from owning some unusual creatures as pets:

The native Australian sugar glider is a species of possum that enjoys sugary foods like sap or nectar. Similar to the flying fox, they can glide through the air, making its name quite literal. They are found naturally in forests and grow to about the size of a human hand.

Being an exotic pet, it is illegal to own one in certain Australian states. While it is not as high maintenance as dogs or cats, this cute marsupial requires more care than one might think.

It is social by nature and should never be alone without its other kind as they naturally live in colonies of 10-15 members. They need a very specific and careful diet of fruit and vegetable supplements and cannot exactly be trained to use the toilet. Being natural foragers, toys such as exercise wheels, hamster swings and branches in its cage are needed to keep it stimulated.

Sugar gliders are definitely one of the more rewarding small creatures a human can have as a pet. They are very appreciative of human care and love attention. They can also live up to 15 years and can be brought anywhere by storing them inside pockets.

For the more mentally daring, endemic to the eastern and northern coasts of Australia is the green tree snake. Growing up to 1.2 meters in length these snakes are small, have thin tails and are naturally found in creeks, dry woodland, forests and riverbanks.

As the name suggests, they prefer to hang and climb tree branches and vines. Ideally, the enclosure itself should have substitutes where it can hang from and little hollows it can sleep in in place for hides or tree holes.

Though they are tolerant of human contact, the main takeaway is that snakes as reptiles do not show the same compassion dogs or cats do. Also, their diet which is composed of mice, tadpoles, fish, frogs, reptiles and skinks are not best for people who are squeamish.

Individuals who prefer quiet animals that can appreciate the fascinating way they look, hunt and move can treasure having these small reptiles.

Famous worldwide for being the subject of a catchy nursery rhyme made in 1932, the Kookabura are for people who are contrarians to snake owners. These creatures are very loud and even prey on small snakes themselves.

This land-roaming tree kingfisher grows up to 28-42 cm in length and are naturally found in Eucalyptus forests and parks in Australia and Papua New Guinea. Despite having “fisher” in its name, it actually prefers eating creatures like lizards over fish.

They are known for their distinct loud calls or “laugh” that they use to claim territory over an area. As a pet, they are not easy to keep. They can be temperamental and needs to be kept in close groups. They carnivorous nature also means that they need a constant supply of meat. This means you may have to keep some frozen mice and rats in your fridge for later. Its loud noises may also give you some noise complain from the neighbours.

The most iconic Australian animal, the kangaroo, is the world’s largest marsupial and almost synonymous with foreigner’s association with Australia. As rampant as their population are, they are illegal to keep as a pet in every state except in Victoria which requires a Private Wildlife Licence.

It is generally not recommended to keep them as pets, but if they are, it is only possible to keep one if they are nurtured from a young age. This is because they can be dangerous once they reach sexual maturity. They are herbivores and while those in the wild consume flowers, grasses, leaves and ferns, the ones in captivity are usually feed some sort of pellets, hay or garden produce such including fruits and vegetables.

There are of course more examples of exotic and unusual animals kept as pets than the ones listed above. That is why unusual pets are interesting in itself – who would ever think that you will be raising a snake as a best friend at home?