Home Liputan Utama CHINESE NEW YEAR: THE HISTORY, THE BEAUTY, AND THE FESTIVITY 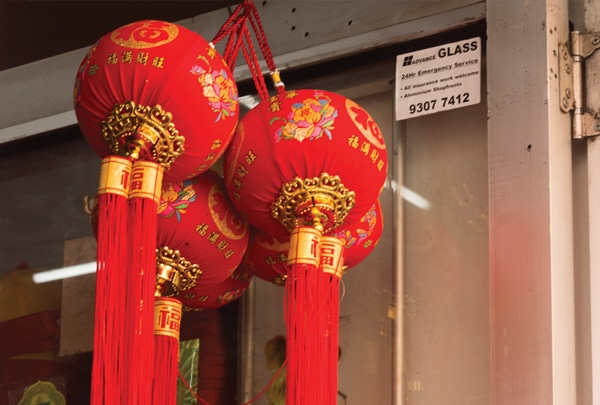 Happy Chinese New Year! During this festive springtime celebration (or more like summer for Melbourne), be sure to keep a lookout for the many festivities and celebrations held throughout the temples and streets around Melbourne. Even though Chinese New Year was originally a Chinese springtime celebration, the commemoration of the occasion in Indonesia – more intimately known as Imlek – has a huge significance in the historical, cultural and political sphere of Indonesia. But of course, one could not help but wonder how it all came to be. 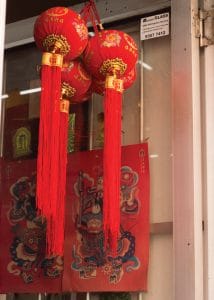 While there is no exact record that testifies to when the celebration first started, many believe that the occasion itself might have been conceived in as early as the Shang Dynasty from 1766 B.C. – 1122 B.C. In fact, some even believe that it might have started earlier in 2300 B.C. What started as a small scale New Year celebration has now become one of the most important cultural celebration in every springtime. More importantly, many beliefs, myths and folk stories have been built around the celebration of Chinese New Year thus making it more akin to a symbolic and ritualistic celebration that marks the beginning of the year. Even then, many aspects of Chinese New Year can be traced back to age old beliefs and stories that told the tale of heroic triumph and how one should behave during the time. To make this clear, let us explore some of these aspects:

The tales of Chinese New Year
In a more mythical sense, there is a folk story that chronicles the origin of the festivity to a mythical beast. It goes like this. Once upon a time, there was a beast with the head of a lion and the body of an ox which roamed the sea. The people came to know this beast as “Year” (a literal translation of its original Chinese name “Nian”). On the night of New Year’s Eve, the beast would come to harm and wreak havoc at the village animals, people and properties. But one man said enough was enough. While everybody else was hiding from the beast, he faced it head on. He figured that the monster was afraid of loud noises, fire and the colour red, so he put up red paper and set off firecrackers, scaring off the beast and saving the villagers. Since then, the colour theme of Chinese New Year has always been red and it is always a tradition for people to be loud and festive during this period. 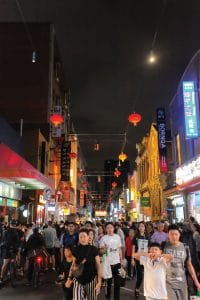 The beautiful and auspicious lion (and dragon) dance
The lion dance (barongsai) is another part of the parts and parcels of Chinese New Year. The beating of the drums, the clashing of cymbals and resounding gongs fill the air with loud noises just as the firecrackers had always done. This is in line with the mythical story that the beast was afraid of loud noises. Moreover, the lion has always been considered as an auspicious animal, so a lion dance is performed to bring prosperity and good luck for the upcoming year. Its close alternative, the dragon dance is similarly symbolic of the might and authority of the mythical dragon and is performed as a wish for prosperity and fortune in the following year.

The taboos of Chinese New Year
The most popular one of the taboo has got to be the sweeping prohibition. It is believed that sweeping the floor during Chinese New Year will essentially sweep your wealth away. This reasoning extends to other taboos as well – no needle work (depletes wealth), no clothes washing (washes away good luck) and no hair washing (washes away good luck). So yes, get ready to have your hair slightly greasy during Chinese New Year. The entire festival itself lasts for a total of 15 days and during then, there are other taboos that you are not allowed to commit such as wearing black or white clothes (unlucky colours) or breaking dishes (brings bad luck). The list goes on and it may sometimes be hard to keep up with the many prohibitions during this otherwise festive season.

Every kid’s favourite red envelope
The red colour of the envelope symbolizes energy and giving red envelopes is regarded as a symbol that the giver is wishing you well. Indeed, the true significance of the red envelope originally lies in the colour but it seems that sometimes the inside (a.k.a. the money) is what truly matters, ironically. The rule is simple – give red envelopes as soon as you start earning money. Giving away red envelopes is a sign that you are willing to share your blessing to the people around you. The amount of money wrapped may vary and usually, the person who is not married may be exempted from giving red envelopes. But of course, nothing can stop you from sharing your blessing with those who are important to you. 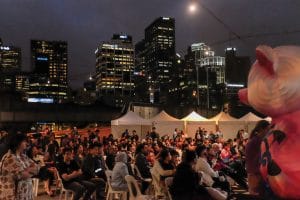 So, as we learn more about the meaning and significance of the different gestures and aspects of Chinese New Year, let us also keep in mind that this spring celebration is about sharing your blessing with those who are dear to you. We wish you a wonderful Chinese New Year and a great year ahead!
Gong xi fa cai!

Moving toward Increasing Women’s Presence in the STEM Industry