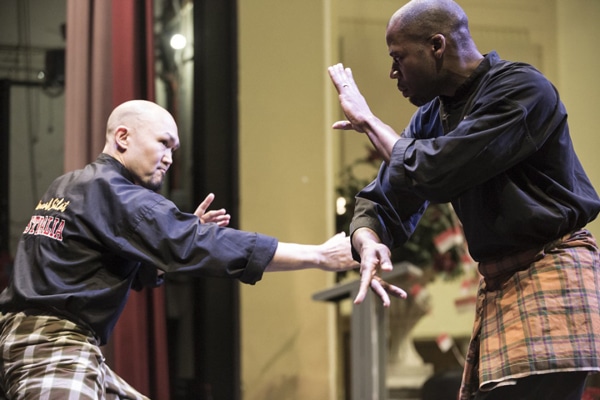 Amidst the popularity of the Karate, Wing Chun and Jeet Kun Do martial arts, the academy of Pencak Silat Domas AOSA (Art of Self Defence Australia) offers a much more familiar martial art, Pencak Silat, right here in Melbourne. Brought and introduced to Australia by Mr. Lesley Tayu Irawan in 1978, the Silat Domas style is rooted in the age old traditional pencak silat styles of West Java, which is derived from the villages of Cimande, Cikalong, Cikaret, Cisera and Syahbandar. With such a rich history behind the academy’s origin, there are 4 branches in Melbourne – Domas AOSA (founded by Mr. Lesley Tayu Irawan), Domas Zero Point (founded by David Arief Bachsinar), Domas Semeru (founded by Doug Hooi) and Domas Elang (founded by Michel Honegger). The academy strives to teach students the importance of balance between mind, body and spirit.

OZIP Magazine managed to reach out to Michel Honegger the secretary of the APSF (Australian Pencak Silat Federation) and David Arief Bachsinar the founder of the ZeroPoint pencak silat training studio respectively, to tell us more about Pencak Silat Domas and the passion of pencak silat practice. 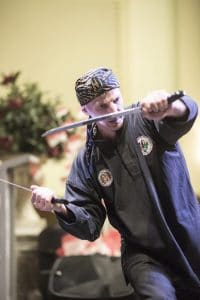 Michel Honegger was elected secretary of APSF in 2010 when it was founded until 2019 and studied Pencak Silat Domas under Mr. Lesley Irawan. Pak Les is the President and founder of APSF which was sanctioned by Pak Nalapraya and PERSILAT in Indonesia. The goal of APSF is to unite the pencak silat schools of various styles and lineages around Australia and the Oceania region.

Under the leadership of Mr. Lesley Tayu Irawan, the Domas academy has consistently been active in cultural festivals (including the Indonesian Satay Festival), Moomba, Festival Indonesia, Pakofesta and conducted hundreds of workshops in Victorian schools over the years. Interestingly, the academy has also performed at wedding ceremonies and collaborated with artists, dance groups and cultural groups. The academy itself is open to anyone who is interested in learning more about pencak silat and striking harmony between the body, mind and spirit through the practice of silat. To meet this end, the academy will continue to share and teach the principles of Pencak Silat Domas to the wider community.

David Arief Bachsinar started out his journey as one of the first students of Mr. Lesley Tayu Irawan to have completed the syllabus of Domas and attained full rank in the academy. He was first introduced to pencak silat when he was 8 years old before pursuing a full syllabus at 17 years old. Even today, David still looks up to Mr. Lesley as his teacher and mentor. When asked about what he likes most about teaching and practicing silat, he said that pencak silat allowed one to train in self defence (bela diri), competitive fighting (tanding) and art (seni) of the craft itself. He personally enjoyed the competitive fighting aspect the most and passed down this passion by coaching the 2018 Australian team at Singapore’s World Pencak Silat Championships. He added that pencak silat also taught him the value of humility, respect and self-discipline – qualities that he had always admired. 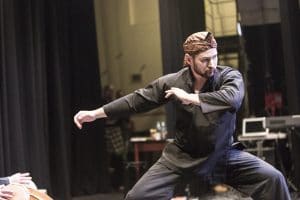 Despite the rich history of pencak silat, it is still a relatively unfamiliar branch of the martial art practice in the eyes of the Australian public. There are currently insufficient numbers of athletes and insufficient financial support for the professional development of the martial art practice here in Australia. As PERSILAT is currently petitioning for pencak silat to be included in the Olympic Games, David hopes that by that time, Australia will be ready to send out its best team to compete in the Olympic Games.

And of course, for the Indonesian community here in Melbourne, being able to witness our native martial art style developing and growing so well here in Melbourne is in itself a sight to behold. 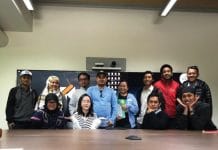