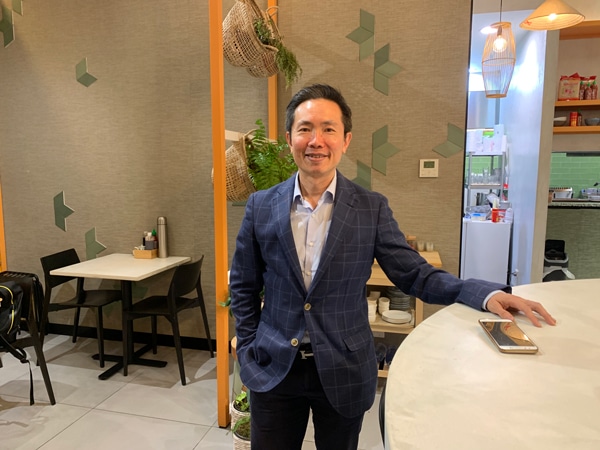 The day temperature showed 13˚C as the white Honda CR-V stopped and parked at The Glen Shopping Centre. It had been a chilly but beautiful Friday morning, just cool enough to make you shiver occasionally. Dressed in a smart blue suit and wearing a kind smile, Mr. David Wongso led the way toward the food court where the meeting was about to take place. On his hand was a laptop containing the power point document that he would be sharing and as his steps grew faster as we approached the food court. It was apparent that he had been looking forward to sharing more about the Indonesian job market. It did not take long after ordering breakfast that he started sharing his passionate view on the two topics.

Mr. David Wongso is currently the CEO of Davehunt International, SF and TRANSEARCH International based in Jakarta. The company deals in executive search for high-profile and high-performing occupation seats, including recruitment of CEO, CFO and CIO. His experience also extended to a Senior Consultant at PwC, a board member of MNC Skyvision Tbk, Project Leader HR Transformation and various HR Director roles with Sinarmas, Citibank, Astra International and Gajah Tunggal Tbk. 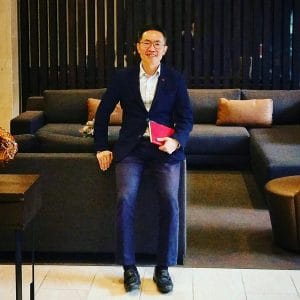 His stellar personal resume does not stop there. His strong belief in good parenthood also leads him into becoming the board member of Family First Australia, New Zealand and Oceania. Similarly, this very passion has also led him into becoming a co-founder of Dads for Life Indonesia, emphasising the importance of a disciplined and loving father figure in a family. In terms of his education history, he attained his Psychology degree in Universitas Padjadjaran (UNPAD), his Master of Management degree in Institut Pengembangan Manajemen Indonesia (IPMI) and his Master of Business Administration from Monash University. He was also involved in Harvard Business School Executive Program on Leadership in addition to being a member of INSEAD Executive Program in International HRM.

With such a strong background both education and occupation-wise, it was intriguing when he told us that he would like to share more about the Indonesian industry outlook.

“Right now, Indonesia is expected to become the world’s 4th largest country by GDP in 2030 at USD 10.1 trillion. This is coupled with the fact that Indonesia has a median age of 29 years old with 60% of the total population aged 40 and under.” Mr. David explained that this means that Indonesia has a huge pool of young graduates and job seekers who are waiting to enter the industry.

“Indonesia is also one of the most mobile-first country in the world with 95% of its Internet users already going mobile. On average, Indonesians spend 206 minutes a day on social media compared to the global average of 124 minutes. Interestingly, out of the 150 million Internet users in Indonesia, 76% of them make purchases via their phones. This puts Indonesia as the country with the highest rate of mobile e-commerce of any country in the world, even surpassing China.” 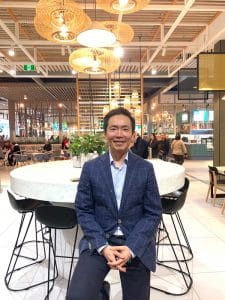 He further explained that the figure shows just how much potential there is when it comes to online market penetration in Indonesia. Even in Southeast Asia itself, Indonesia is the fastest growing internet economy, further feeding into the digital fervour of this archipelago.

He then moved on to explain that Indonesia has also come to embrace the progress of financial technology (fintech) in the country. This is in light of the surprising figure that states less than half of Indonesians actually have a bank account and that only a meagre 2.4% of Indonesians own a credit card. One of the reasons for this is that 44% of Indonesians actually live in the rural region where bank is unreachable. Since traditional banks rely on physical and strategic locations to gain customers, this has actually contributed into the limited penetration of banks in the rural area – and this is where fintech can step in to fill in the gap.

Increasing interest in the digital market potential of Indonesia means a future demand for digitally savvy employees. Mr. David then showed a study conducted by Bangkok Post on the estimated total labour deficit in 2030. For Indonesia, it is estimated that there will be as many as 17,943,311 total labour deficit in 2030, contributing to USD442.6 billion in unrealised output. This has also become one the driving forces behind the government’s Industry 4.0 scheme. Similarly, the Industry 4.0 roadmap also include pushing for major innovations in the digital technology, biology and hardware automation in Indonesia. This, coupled with the fact that the top five emerging jobs in Indonesia are all technologically related (back end developer, data scientist, android developer, full stack engineer and front end developer), it is not hard to draw the line between the importance of digital knowledge and its future demand in Indonesia.

As the breakfast came to a conclusion, one could not help but wonder in awe of what the Indonesian market has to offer. Perhaps one of the most attractive and exciting market around lies just over the ocean. There is surely so much more to Indonesia than an archipelago. 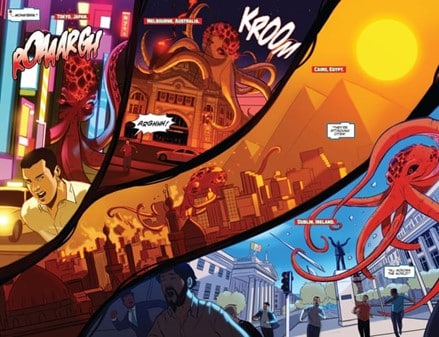