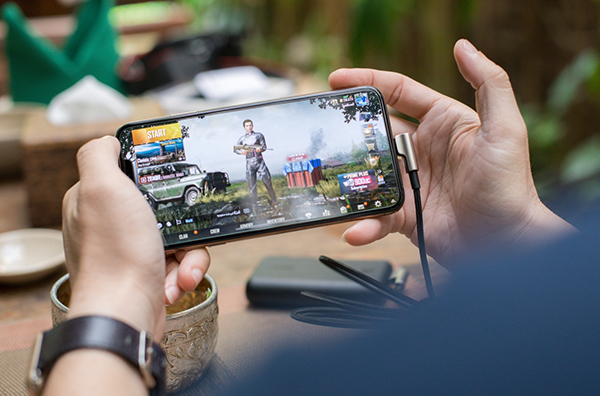 The fifth generation of wireless communication networks (5G) is undeniably one of the most exciting mobile technology advancements offering users exponentially greater speeds, lower latency, and ultra-reliable communications than ever before.

Until today, Asia is still leading 5G adoption compared to other regions worldwide. GSMA Intelligence predicts that by 2025, Asia would have 1.2 billion 5G connections. A nationwide 5G network will empower new user experiences and supercharge the Internet of Things (IoT), making life smarter and more reliable in every way. Apart from that, the advent of 5G technologies will also fully unlock mobile gaming’s potential as it brings several benefits to the gaming industry.

The COVID-19 pandemic has increased our collective reliance on the internet and, in many cases, accelerated the use of digital technologies. As the world goes through these unprecedented times, more consumers have turned to video games as a form of escape and entertainment. According to a GSMA Intelligence survey, with 5G networks being rolled out now, 30% of users play mobile games on their smartphone every day, and 14% play mobile games once a week.

Today, the 5G network promises to upgrade the experience of gameplay for mobile gamers. The technology’s low latency combined with smartphones’ convenience will make mobile devices a key platform for cloud gaming. Cloud gaming uses the latest cloud-based video streaming and server technology, allowing mobile gamers to play higher-spec titles with a high-quality gaming experience. Due to the proliferation of high-speed networks and cloud computing, gamers are putting away their high-end PCs or gaming consoles and replacing them with cloud-based games that can be played on-the-go, eliminating the need to download the game.

Through cloud game streaming, gamers will be able to experience AAA titles of various genres such as RPG or action games that offer high-quality graphics. These games will become infinitely more accessible to users, as they will be able to stream it over mobile networks. Cloud gaming platforms such as Stadia, GeForce Now, PlayStation Now, and Tencent Instant Play are expected to increase gradually over the next few years, offering developers the chance to reach and engage new gamers as the market steadily grows. Due to the smooth cloud gaming experience offered by 5G, 31% of smartphone users have showed interest in upgrading to 5G for enhanced mobile gaming.

Besides that, 5G is expected to rectify the problems and issues currently being faced by the mobile gaming industry. For instance, multiplayer games are among the areas that mobile gaming has struggled with the most in the past. In online gaming, most gamers are familiar with the term “lag” which is symptomatic of high network latency, when there’s a delay between the player’s action and the game server’s reaction.

Fortunately, 5G will bring massive improvements to the gaming experience, 100 times faster than 4G and LTE networks, and up to 10 times less latency, with the ability to download data at the ultra-speed rate of 20 Gigabits-per-second (Gbps). That said, 5G has the potential that enables gamers to download massive titles in minutes and make lag a relic of the past.

Mobile esports is the fastest-growing sport in the world, where skilled gamers play competitively. However, continuous improvements in technology are the most critical component of the industry’s success. Recent developments such as improved mobile hardware, 5G networks, and cloud gaming bring mobile esports up to speed with its predecessors. Mobile is already ubiquitous, but 2G, 3G, and even 4G connections often presented bandwidth limitations that diminished the mobile gaming experience. 5G will reduce latency for gamers and result in a better user experience overall.

5G also provides new tools for game development through edge and cloud computing. For example, part of the computational workload for a game may be processed in the cloud and then streamed to the user’s smartphone, reducing mobile devices’ demand. This will mean that high-quality games can run on low-end devices, providing a smoother experience, reducing the user’s need to invest in an expensive smartphone for the best experience, making it easier for mobile gamers to participate in esports and to compete without being placed at a disadvantage.

In a nutshell, 5G and mobile penetration with better mobile technology will make mobile esports a global phenomenon, especially in places where Console and PC are not penetrating. 5G will change the gaming industry to the next level, ushering in a brand-new age of mobile gaming, streaming services, and game development where mobile esports will have a bigger global reach than traditional esports.