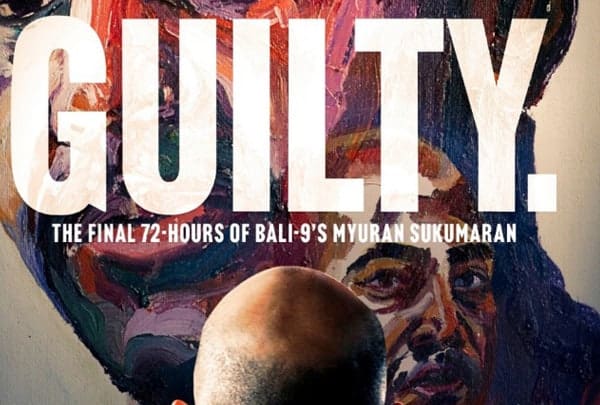 Dear Sir/Madam,
The discussion, organized by FMIA and Savage Film, will be in conjunction with the screening of “Guilty,” which is a movie about convicted Australian drug smuggler Myuran Sukumaran, who became an accomplished artist before he and fellow convicted drug ring leader Andrew Chan, were executed by firing squad in Indonesia in 2015.
Their executions prompted an outpouring of protest on both sides on the debate about capital punishment in Indonesia and at home in Australia. The already strained relationship between the two countries hit a new low that year when Australia withdrew its ambassador from Indonesia in protest.
Event Details:
Time & Date: 6:30pm, Wednesday 10th of October 2018
Venue: Hoyts Melbourne Central (Corner Swanston & La Trobe Streets, Melbourne, Victoria, 3000)
Introductory Panel: Mary Farrow (Manager, Writer & Activist); Bela Kusumah (Actor, GUILTY); Doctor Eric Wilson.(Monash University)
I would be extremely grateful to you if you could please put the attachments on your social media and broadcast this event to your network.
Tickets available now via Demand.Film: https://tickets.demand.film/event/5682
Please reserve the tickets prior to 30 September 2018.  76 tickets need to be sold by 30th September 2018 in order for this event to go ahead.
I look forward to seeing your listeners, readers and followers on this special event and if you have any questions, please do not hesitate to contact me.
Yours sincerely,
Melbourne, 15 September 2018
Diana Pratiwi
Forum Masyarakat Indonesia di Australia (FMIA)
[email protected]
+61 407 506 243 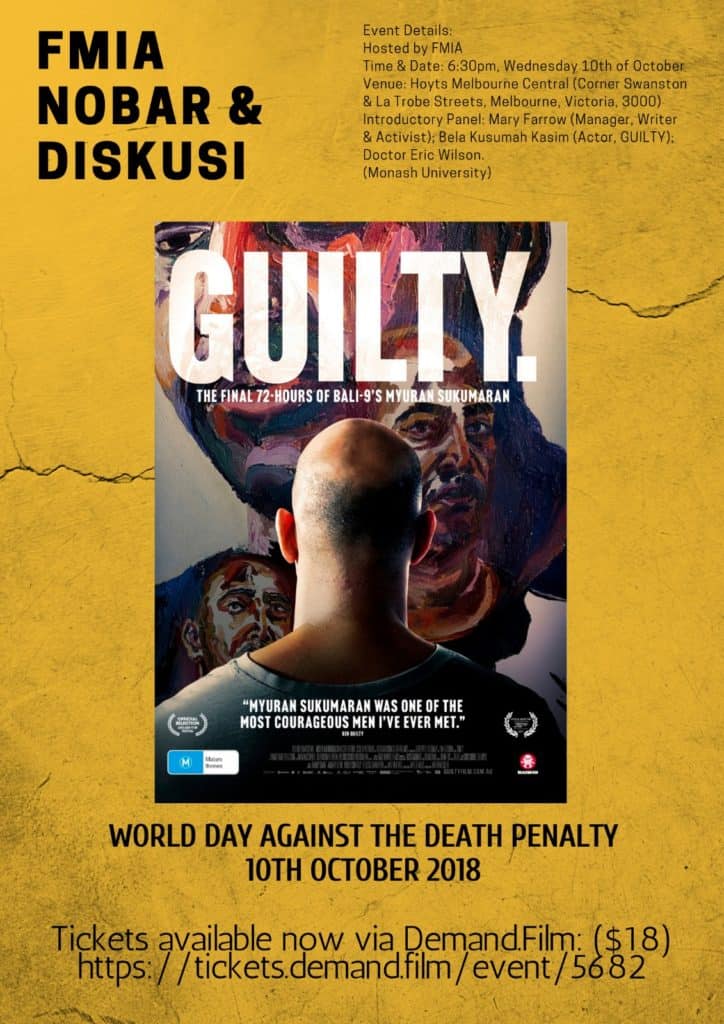