Home Uncategorized Behind the Curtain of Indonesia Film Festival 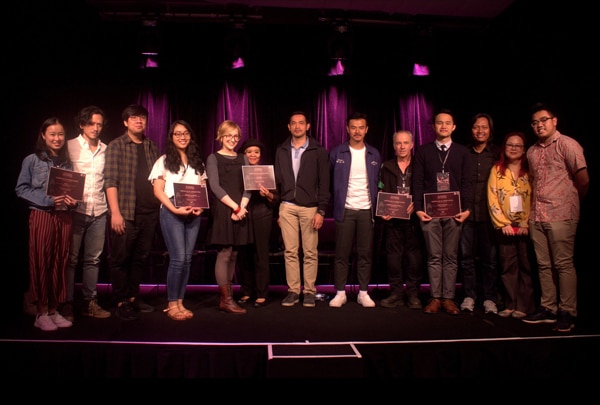 The curtains are open for the 2019 Indonesian Film Festival (IFF) on the 5th of April 2019. This year, the theme revolves around the authenticity of Indonesian film. An Enchantment of Authenticity brings to Melbourne a selection of films that boldly tackle the status quo of the filming industry. Featuring various guest stars and seasoned film directors, a thunderous round of applause can be heard as the audiences welcome the long awaited premiere of the film here in Melbourne.

Stepping into ACMI cube, the carpet is laid for the press conference of IFF 2019. The hall itself lights up in vibrant colour and light as the crowd slowly fills the chair up. As the screen starts playing the trailer to the film festival, the audiences grow silent. The press conference is now underway and one by one, the guest stars come onstage. 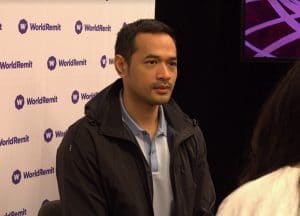 The first guest star, Mr. Oka Antara makes his entrance. An award winning Indonesian actor, rapper, singer and songwriter, Mr. Oka has made a name for himself through his starring roles in Sang Penari (2014) and The Raid 2 (2014) and has also acted in the film Foxtrot Six. A soft spoken man, he openly expressed his enthusiasm and belief in the Indonesian film industry. When asked about his opinion on the action film genre in Indonesia, he says that there are plenty of room for improvements when it comes to the action genre. Action scenes are more than just about the fighting techniques of the characters – it should also emphasise on the importance of the locality and tools used during the fight. Abseiling down an elevator shaft can be made into an intense chase scene with proper tools, props and camera angle. It is this kind of creativity that needs to be explored more when working with an otherwise commonplace movie genre. 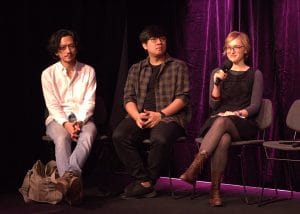 Then Mr. Yandy Laurens steps onstage. Sporting a warm smile, he explained how his movie, Keluarga Cemara, is highly relatable in its message. The movie emphasises the importance of family and how familial love plays a big part even in testing times. He also cites that he hopes to be able to satisfy the homesickness of Indonesians in Melbourne through his movie and that it has been a privilege for being able to screen his film here in Melbourne. As for his aspirations in terms of the filming industry, he hopes for more film festivals being organised in Indonesia that allows for budding filmmakers to make his/her mark in the film producing sphere.

The third guest star is Mr. Emil Heradi, director of the movie Night Bus. This political thriller is a must see for avid moviegoers and shows the fear through the eyes of a hostage. The stunning quality of the film lies testament to the dedication of Mr. Emil and the cast in bringing all the components of the movie together. It started as a monologue which then became a short story and a scenario. The film itself has been changed with up to 7 different drafts and has taken 5 years to complete. With such strong dedication and hardwork behind the making of the movie, it is not hard to see why Night Bus has been nominated and clinched various awards such as the Citra Award. 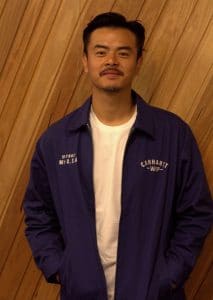 Posing a confident stride and youthful appearance, Mr. Dion Wiyoko steps up to the stage. His youth belies his professionalism and fame in several well-known movies such as Perahu Kertas (2012), Mimpi Sejuta Dolar (2014) and more recently, Cek Toko Sebelah (2016). His excitement is apparent as he shares his view on how he wishes for more diversity in the movie making industry in Indonesia. His passion for Indonesian films is also apparent as he expresses his optimism for Indonesia’s filmmakers. Even when asked about his opinion on how OTT (over the top) will come to affect the filmmaking industry, he responds positively that the presence of OTT will help progress the industry by garnering more demand for films to be made.

Last but not least, Mr. Wicaksono Wisnu Legowo joins in with his movie Turah. A rising director in the industry, Mr. Wicaksono’s talent is apparent as he confidently says that the cast of Turah actually consists of non-professional actors. During the filming process, he also had to scout out ideal slum locations for the film, making it even harder to bear. He admits that the experience opens his eyes to the dedication of a filmmaker and humbles him into respecting the lengths that directors and actors are willing to take in film creation. The filming process took only 9 days to finish but it was a challenging one indeed. He even mentions how they needed to use a makeshift raft to cross the river due to the absence of a bridge. The spirit of a director truly burns strongly in the heart of Mr. Wicaksono – and he is poised to create more in the coming future.

During the panel session, one of the recurring answers found is how each guest stars appreciate the chance for a one-on-one interview with the audiences after the movie is screened. It lends a closer bond among the cast members, director and the audiences into creating a more conducive two-way feedback. So as IFF 2019 begins, let us remember that as audiences, we too, play a part in the entire filmmaking experience.