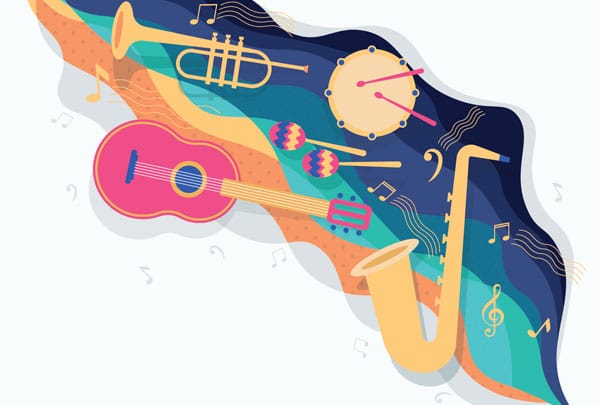 Quickly mark your calendar on 28th of September 2019 because this year Townhall will be bombarded again with the excitement of students through SOUNDSEKERTA music event. Without a doubt, SOUNDSEKERTA has always captivated people with talents coming from Indonesia. This time, Soundsekerta will carry a completely new concept from the year before, in which we came up with the theme of  “Mosaic of Nation”. It delivers a message of the power of music in bringing different cultural, ethnic, religious and linguistic pieces of Indonesia together into that of a beautiful mosaic. We believe that this theme cultivates the belief of Indonesia as a great nation and encourage the audience to contribute more to Indonesia’s development, as well as enriching our sense of belonging to each other and our nation. However, everyone must be wondering on who are the artists this year. Well, we gladly present to you our three esteemed guests: Yura Yunita, Tompi, and RAN.

Are you familiar with Yura Yunita’s “Cinta dan Rahasia”, Tompi’s “Menghujam Jantungku”, and RAN’s “Dekat di Hati”? Despite the fact that these artists and songs are unaware of, that is exactly why, you should come to Soundsekerta. Soundsekerta aspires to preserve Indonesian culture in Australia. As an event, Soundsekerta intends to bring back nostalgic memories by tuning into Indonesian songs.

Yunita Rachman, also well-known as Yura Yunita, successfully reached her first peak of fame through her first release of the song “Cinta dan Rahasia”. Her songs incorporate various genres which included pop, soul, and jazz. As an aspiring female artist, she has gained the title of the best female soloist for two years in a row with her hit song “Intuisi” in 2017 and “Harus Bahagia” in 2018. With her new released song Merakit, don’t forget to anticipate this soulful voice in our concert!

Followed by Tompi, a marveled musician that astounds Indonesia with the world of Jazz. He is recognized for his jazz songs that has enraptured the hearts of Indonesians. On another hand, he has been part of many legendary groups including Cherokee and the famous Trio Lestari. Aside from that, he has extraordinary mindset of perceiving singing as a hobby and not as his profession. On the sidelines, he works as a plastic surgeon. Interestingly, he studied in University of Indonesia and graduated from the Faculty of Medicine.

Both guests have fulfilled the overall genre of Pop, Soul, and Jazz. Last but not least, RAN with their second visit to SOUNDSEKERTA will fulfill the missing link throughout the event. RAN appeases people for their diverse genres, such as pop rock, R&B, hip hop, and funk. As the matter of fact, RAN is a three-member group that includes Rayi (rap vocalist), Asta (guitarist), and Nino (vocalist) which in short becomes their band name, RAN. Although they have been in the industry for a long time, their fame and popularity had kick off with their most popular song “Dekat di Hati” which won them the title Hits of the Year by Rolling Stone in 2017.  For those who missed out RAN the first time they came to Melbourne, make sure you secure your tickets to watch them this year!

Get your tickets now before they run out!

Do not forget to take your favourite companion with you to enjoy the night!

Mark your calendars and don’t miss out!