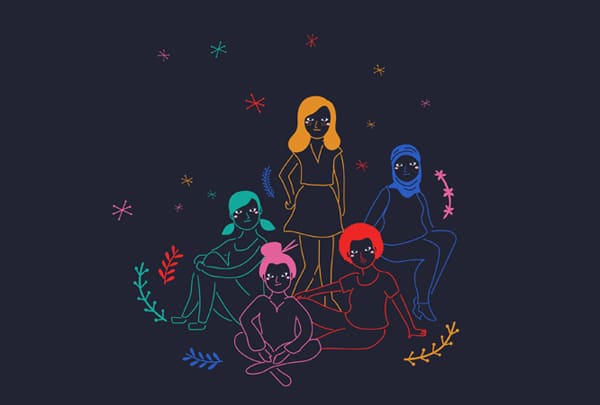 The 8th of March is a festive day for women throughout the world that celebrates the independence of women and the recognition of women as equal. Indonesia particularly shows impressive progress in gender equality with the improvement in legal law regarding Indonesian women’s right in some aspects. However, this progress seems to have an adverse effect where it blatantly feeds Indonesian women that development on women’s right in Indonesia is significantly slow. In addition, this fact raises a question, are Indonesian women truly empowered through this instrumental law?

Having a legal law addressing Indonesian women’s right does promote gender equality, however, it does not necessarily empower women. There still exist gaps in many aspects where women are still treated discriminatively. In the workplace, no law banning gender discrimination in hiring and equal pay exists (The Guardian, 2014). Abortion, on the other hand, is not allowed unless the pregnancy might threaten the women’s health (UN: World Abortion Policies, 2013). In addition to that, even though the woman is a victim of rape or is mentally unhealthy, these reasons are also not acceptable for one to conduct an abortion to said woman in Indonesia.

Progress is being made towards the aforementioned aspects, however, women’s rights to have thorough protection from any kind of harassment is treading water. There has been no significant progress made regarding that matter hitherto and no specific law addressing sexual harassment on women in Indonesia exists (The Guardian, 2014). To make it worse, there is no criminal sanction for sexual harassment.

A very recent event represents how this neglect is so reckless of the Indonesian government. Agni, a student who was participating in mandatory community service from her university was a victim of sexual harassment (Putsanra, 2019). Her case had received massive attention from the public, but her case did not progress any further. This shows how sexual harassment is still not treated as a crime where many Indonesian women are victimized on a daily basis and surprisingly in a formal institutional environment. Not only does this event represent how the Indonesian legal system is not gender- sensitive, but it also shows how the educational institutions are gender-blind. This case has brought to attention that it is substantial to bring this legislation into the employment, education, and public realms.

Not to mention the lack of presence of women-focused groups in Indonesia. It is apparent that the majority of Indonesian still neglect the importance of women empowerment and gender equality for sustainable social, political, and economic growth. Hence, there have only been few women-focused groups genuinely addressing the immediate and strategic needs of women.

Looking at Indonesia’s neighbouring country, Australia has done a very good job in addressing women empowerment and participation in the community and government level. Take an example from one of Australia social enterprise, SisterWorks. SisterWorks is a women-focused group that empowers women with a refugee background in Australia into building their entrepreneurial skills. Along with its tagline, ‘Work that empowers women’, SisterWorks has successfully spread the importance of women’s role in the society while simultaneously providing training in increasing women’s economic productivity. Vanessa, one of the entrepreneurs from SisterWorks, said that ‘SisterWorks is the place where I found friendship, love, and support. That made me feel empowered to grow in Australia’.

Putting aside the fact of Australia is a developed nation, the awareness and understanding of the importance of women’s role in the society should be one of the priorities for a country’s development. However, it seems that this has been the case where the precondition of development, which is equal participation of gender in social, political, and economic activities, is still neglected.

Improving women and men understanding and awareness of women’s imperative role in the society seems to be the first step that Indonesia should take, and this can be done by promoting more women-focused groups and increasing participation in said group that is inclusive to any gender. Perhaps, it is indeed necessary for Indonesia to promote feminism, but will having feminist communities under a patriarchal country such as Indonesia create changes in the future?

OVO: Behind The Scene

Mark Your Calendar for Melbourne’s Next Sports Events!