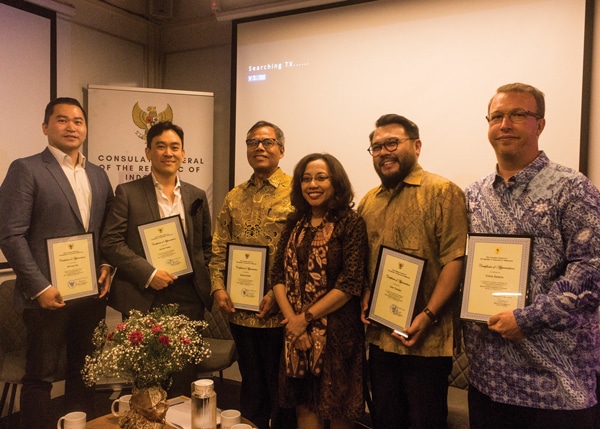 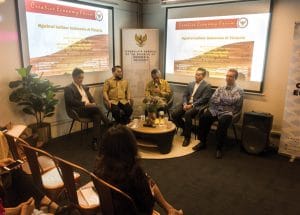 With Mr. Zaenal Arifin, Consul for Economy Affair from the Consulate General office as the moderator, the forum included four other guests who were each expert in different fields when it comes to the culinary business. Mr. Ivan Tandiyo, currently the CEO of Navanti Holdings, had previously owned his own eatery chain and is an expert in culinary business management. Mr. Konfir Kabo, founder of Kabo Lawyers, was there to share his insight and knowledge on the laws and regulations surrounding the culinary business in Australia. Mr. William Ho, Regional Manager of PT. Indofood Sukses Makmur Tbk. in Melbourne, has been intensely involved in the logistics, export and import processes of food and fast moving consumer goods. Finally, there is also Mr. Chris Salans, an Ubud fine dining restaurant owner who has integrated the culture of a fine dining lifestyle into his own. 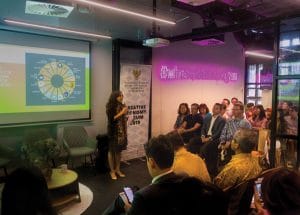 The discussion grew as questions were thrown into the forum by the moderator and guests on how the four guests perceived the culinary industry would be in the coming years.

When the guests were asked about their personal take on the Indonesian cuisine industry in Melbourne, Mr. Kabo commented that it is important for store owners to expand their customer base to include non-Indonesians as well. “This is primarily because Indonesian is a minority in Australia and thus, the need to tap into a bigger customer base,” said Mr. Kabo. This means that the marketing effort, recipe combination and food choices have to cater to a bigger customer segment instead of targeting only Indonesians. Mr. Tandiyo added his own view on how he believed that Indonesian restaurant owners need to be more closely collaborative and supportive of each other. He quoted an example from Thailand restaurant owners who have a financial pooling system where bigger restaurant owners and strong Thai corporate owners come and pool their funding for struggling small businesses. “Perhaps, the same can be done for Indonesian restaurant owners as well,” he suggested. 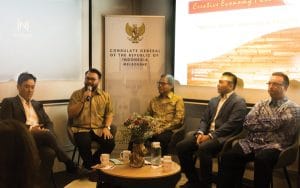 Regarding the future direction and plan of the Consulate General in further improving the welfare of Indonesian restaurant owners in Melbourne, Ms. Tutuhatunewa confirmed that plans are underway for a more comprehensive assistance to be rendered to restaurant owners who are struggling with their business. “There is a future possibility that restaurant curators may be hired to help assess the problems of struggling restaurants and eateries and suggest solutions to the problems,” she explained. There was also the mentioning of an Indonesia Culinary Association Victoria (ICAV) membership which restaurant owners can join in to connect with other restaurant owners in Victoria. After the sharing concluded, the evening proceeded into a networking session.