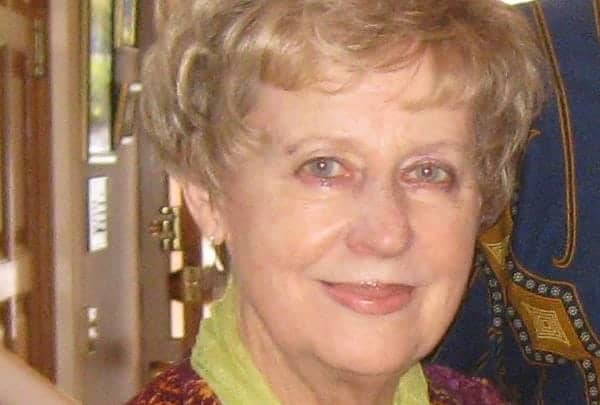 Ibu Margaret, thank you for your time for OZIP. First of all, congratulations on winning the Australia Indonesia Award this year. Why do you love Indonesian arts and what events inspired you to become researcher in this area?

I was a keen pianist from early childhood and was entranced by Javanese gamelan music when I first heard it on vinyl disc at age 9 in Adelaide. My Quaker parents Edna and George Hutchesson invited Adelaide’s first Indonesian Colombo Plan students to our home for lunch on Sundays, and my brothers and I enjoyed eating the nasi goreng they cooked and talking to them about music, dance, world affairs, the Indonesian Independence struggle, and President Soekarno’s ideas for Indonesia’s future. I believe my interest in researching the music of Indonesia began then.

My parents were very open-minded people who worked for world peace in the Quaker peace movement in the 1940s-1960s and loved meeting people from other countries, especially Indonesians. The imam of the Adelaide Mosque in Little Gilbert St lived in our home for 20 years and always invited us to the mosque on Idul Fitri and Idul Adha feast days where I played chess, enjoyed the Arab architecture of the 4–minaret mosque with its stained glass windows, grape vines and spreading fig tree, and I won a school essay prize describing it.

My parents took me to Indonesia at age 19, when we stayed in the homes of our Colombo Plan student friends, met President Soekarno in his palace, was impressed by meeting female ministers (unheard of in Australia), and loved the emerald isle of Java with its gorgeous rice field scenery and mountains. After hearing more gamelan I fell in love with the music when as a Music student aged 18 at the University of Adelaide I wrote a thesis for my BA on that wonderful musical tradition and its influence on Western composers. Then I married an Indonesian Colombo Plan student at Adelaide University – Hidris (Dris) Kartomi – in 1960.

Your researchs are mostly about Sumateran dances, music and performing art. Is there any specific reason why it’s Sumatra?

I first researched the music of Sunda and Java, but as many American and European ethnomusicologists had been researching those areas I became curious about the Outer Islands, and because they were relatively neglected, I decided in my late 20s to focus on the great island of Sumatra. It had been neglected by Dutch colonial scholars mainly because communications (mainly by river) were difficult, and even today roads, railways, and airports are still being built. The people’s relative isolation, however, meant that their traditional music and dance were still performed at their weddings and other ceremonies. We brought the recordings back for deposit in the Music Archive of Monash University (MAMU), which your readers can visit on the 4th Floor of Building 11 (Menzies) at Monash’s Clayton campus.

Indonesian government bureaucracy could sometimes be a little bit complicated. Considering that you’ve conducted extensive researches for more that four decades, how do you find the procedure decades ago comparing to now?

I found it improved especially after the Indonesian Consulate-General opened in Melbourne (in the early 1980s I think), and recently our student researchers in Indonesia have been able to get their research visas more easily in the past two years or so.

What was your memorable award? Why?

Who influenced you in your research career?

My colleagues and students influenced me – and they are too many to mention. The nice thing about academic life is the need to attend international and national conferences at which we discuss our ideas and innovatory thoughts with wonderful colleagues from around the world.

What is your expectation upon Indonesia and Australia relationship in the future?

There has been an unfortunate decline in the number of Indonesian language and culture students at schools and tertiary institutions in Australia since the early 1990s, but the past year or so has seen a revitalised interest in promoting Indonesian studies at some Australian universities. From 2018 the Monash University Faculty of Arts will fully fund annual trips to Indonesia of thousands of Australian students as part of the GIG – Global Immersion Program – in order to introduce them to Indonesian culture and boost their interest in learning Indonesian language and culture. This mass program – for Monash’s less well-off as well as the well-off students – will not only impact on university students and their families but will boost the relationship between Australians and Indonesians at the national level.

Monash University is also planning at this moment to convert the Music Archive of Monash University into Australia’s first Gallery of Musical Instruments and Artefacts, most of which are from Indonesia and other parts of Asia and will serve as a gateway to Monash Clayton campus, and welcome Indonesian and other Asian students to Monash.

What is your main advice for young and passionate researcher?

Choose a topic of great interest to you so that you really enjoy your research, and don’t forget the enormous need to research the many wonderful arts and cultures of Indonesia, Study the HASS /arts subjects related to Indonesia as well as  the STEM subjects, for there are bound to be jobs in the future for committed students as they graduate and enter the job market.

Do you have favourite quote from Indonesia? Is there any special reason behind?

Which one do you like the most? Rendang vs Dendeng

Although I am vegetarian on most occasions, I really enjoy eating dendeng balado for its spidery web texture and spices at feasts, and I love lotek or gado-gado for its spicy peanut sauce over delicious vegetables.

What is your favourite traditional music or dance?

I don’t have any favourite Indonesian music or dance items because I love them all, having enjoyed and recorded them in most parts of Indonesia.

I really enjoy walking along forest paths in Sumatra’s Bukit Barisan range, that towers above Sumatra’s western coast with its jagged ridges and white mist hanging over crater lakes and the short rocky streams that cascade down to the narrow western plains, and the magnificent long navigable rivers that flow eastward from the mountains through the foothills, alluvial plains and mangroves to empty finally in the Straits of Melaka.

But then I also loved the scenery in the Riau Islands province too, which consists of thousands of islands and 91% sea!