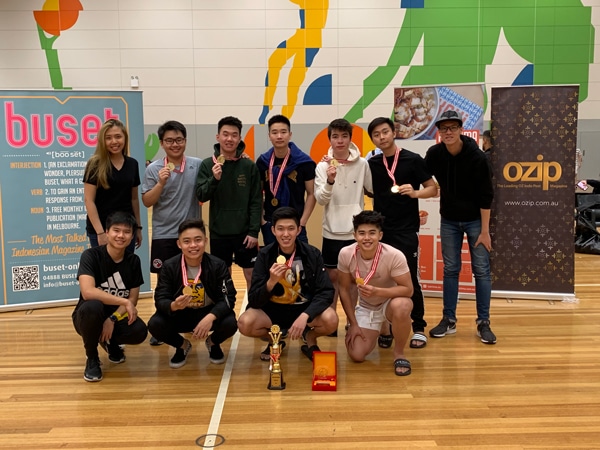 The April month of Easter brings together a whole package of fun and festive events all around Melbourne. It is a month of togetherness and gratitude as we cherish the time we have with our friends, families and colleagues. Among the many festivals and gathering found around Melbourne, there was the Mudika Cup 2019 held in Melbourne Sports and Aquatic Centre on 13 April 2019. Aside from being held as a fundraising event for the Mudika 2019 annual retreat from 25 to 28 April 2019, the competition was also held to foster camaraderie and togetherness among the diverse community in Victoria. Taking place on the same day of the 2019 general election date had its own perks as well – it could accommodate people who had just finished voting to come down and have some fun together. Indeed, there were many folks who came down after the election to sit back and enjoy the match. After all, there were three games up for match for your own preference: badminton, (male double and mixed), futsal and basketball 3 on 3. 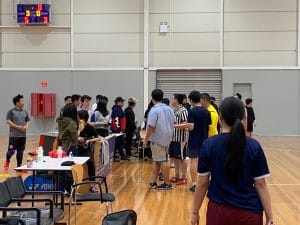 As the whistle blew signalling the start of the game, the players started preparing for the games. The intensity rose up as each side gathered themselves for the match. During the badminton match, each side gave a good serve and returned the badminton cock with intense fervour. Several matches and many more close smashes later, the victorious team emerged proud with their achievements and thanked their rivals for a match well played. Right beside the badminton court, however, two other matches were being played – futsal and basketball – and the heat was picking up.

The futsal match was an interesting one as well. Two five-players teams competed against each other on scoring the most points with each side giving no intention of backing down. There were several close calls but even so, both teams maintained a high level of sportsmanship by playing fairly and avoiding fouls as much as possible. It was an intense professional match that reflected the spirit of both teams and even though only one could emerge victorious, both teams congratulated each other on a match well played. 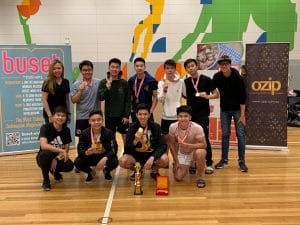 Right next to the futsal court was the badminton match. Being the last one to finish definitely did not diminish the spirit of the players as each team strived for the next points on the court. It was a really close match with each round seeing different sides leading. The final round had never been so important as each team mustered up their last strength and stamina for one final fight. Even all the way until the final moment, both teams differed only by 3 points. A leap of faith was taken as the countdown began from 5…4…3…2…1 before the match concluded. Although the shot had missed, both teams were satisfied with the outcome and were more than happy to accept the result. Both sides hugged it out in an excellent display of sportsmanship as the match ended.

The afternoon was definitely an exciting and memorable one. For you who had missed the chance to witness the match, be sure to note it down on your calendar for the coming year.