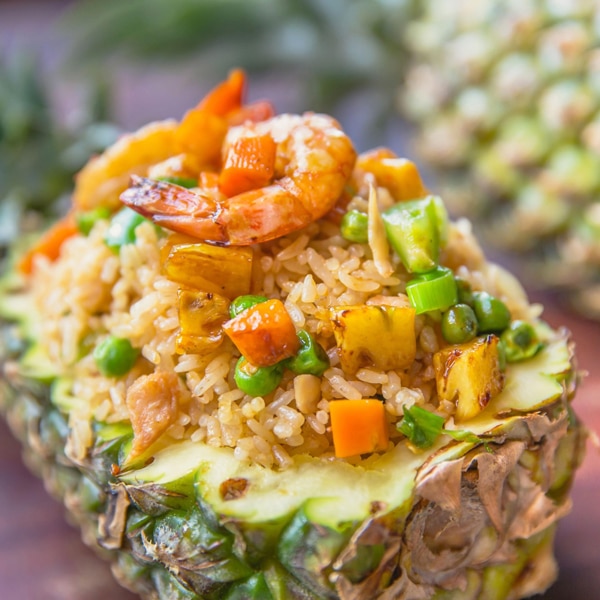 Nestled comfortably right in between Malaysia and Laos lies Thailand, a country known as a gem on Earth for its mouth-watering cuisine.

Strong and aromatic, Thai food’s modern identity was historically moulded by emigrated Southern Chinese in the 1200s. Throughout its historical tale, however, it also features chapters of Indian, Portuguese, Dutch and even Japanese flavours coming together to bring out its unique and delicious taste today.

Hot and sour is the name of the game – it has carved its status as a Thai national delicacy and (arguably) the most famous soup dish abroad. Tom Yum is a soup whose broth consists of fresh and stock ingredients at its core: lime juice, kaffir lime leaves, fish sauce, crushed peppers, galangal and lemongrass with either prawn or shrimp as its main ingredient.

This rendition is one of the most well-known dishes among many Thai cuisine, historically popularised in Central and Southern Thailand due to the plentiful amount of freshwater shrimp from the Chao Praya River that flows through. Variations do exist, however, in the north where they use chicken as a substitute from shrimp.

Though the combination seems haphazard, Tom Yum maintains an amazing balance and harmony of saltiness from the shrimp and the infusion of different Thai herbs to bring you a tangy and delightful soup that warms you up during the cold weather in Australia.

Drawing from Chinese stir fry dishes, Pad Krapow Gai is a seemingly ordinary dish built around stir-fried meat, basil, garlic and chillies all served with fried egg and rice. However, the most significant aspect of the dish is in the basil leaf itself – The Thai Holy Basil – an aromatic plant native and unique to the Indian subcontinent and rooted as a sacred plant in Hinduism. This ingredient adds a mildly spicy, peppery and liquorice-anise like taste to the dish, accompanied by a seasoning of Thai fish and oyster sauces, bird’s eye chillies and cane sugar. Because the meat can vary from chicken, seafood, beef or pork, this dish embraces versatility and flexibility of choice for the consumer as well.

For those looking for a dish that truly embodies the spirit of the tropics while still primarily uses local ingredients, one should look no further than the Pineapple Fried Rice. As its name suggests, this savoury meal is infused with pineapple, the latter acting as a sweetening agent that harmonizes with the curry flavours of the fish sauce and the shrimp paste in the fried rice. In Thailand, it is often served inside the husk of a hollow pineapple, giving further vibrancy in its colours and complementing both the look and the sweet umami-like flavour of this bonne bouche.

What better way to end off a meal than with some dessert? Though rice is usually associated with savoury dishes, it is not a rule set in stone. The usage of Khao Niao or sticky glutinous rice stemming from northern and north-eastern Thai cuisine extends to its desserts. Particularly during the peak mango season of Thailand summers, Mango sticky rice is an extremely popular sweet dish created with palm sugar, coconut milk mixed with steamed sticky rice and fresh mangoes and topped off with yellow mung beans. Shades of sweet flavours from the mango and coconut milk and a hint of saltiness from the rice refresh your palate with a delightful experience on the taste buds.

Whether it be the fresh local ingredients or the culinary influence of neighbouring regions, Thai food proudly exemplifies the flavours of South East Asia through its aroma, spice and perfect blending of flavours – a solid reason why it is one of the most popular cuisines in the world.