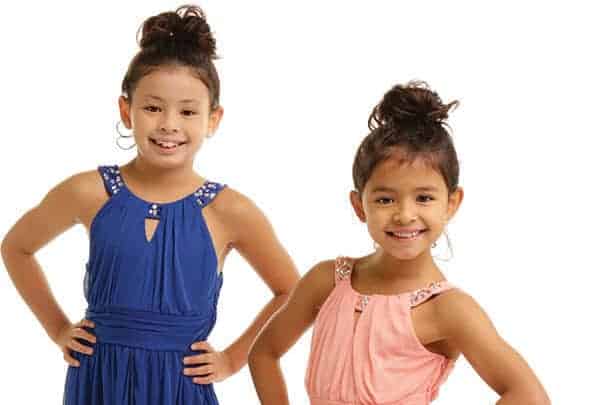 Genevieve and Audrey Salinas are two Indonesian kids who were born in Melbourne. Other than Indonesia, they have French, Spanish, as well as Latin American heritage. In addition to playing sports with their peers and making movies on their iPads, they both have devoted themselves to acting since they were 8 and 6 years old respectively. Their love for acting became serious when they auditioned for Premiere Program in November 2016. Premiere is the largest global performing arts program dedicated to show-casting actors, models, dancers, as well as singers to industry professionals.

After a few months of coaching, Genevieve and Audrey were invited to attend Premiere in August 2017 where they delivered their acting showcases in front of professionals in the entertainment industry at the Walt Disney World in Orlando, USA. Furthermore, they were re-invited to attend the 20th Premiere program at the end of July 2018.

In the interview with OZIP a few weeks ago, they expressed their excitement at having the chance to re-attend the program. Here are some of the short stories of the kids’ experiences during the program. 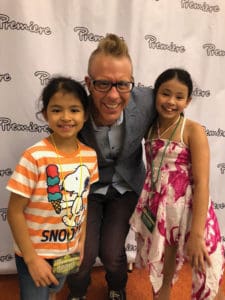 What makes you devote yourself to acting?

We love acting because we get to express ourselves by playing different roles or characters – it’s so much fun.

It also helps us build our confidence and teaches us to be good listeners and more disciplined. For example, when we are on set, we have to follow the director’s instructions. Sometimes we need to wait in between takes and we still have to focus and be ‘in character’.
Does your family support you both a lot with what you are currently doing?

Yes!! We are grateful our family are very supportive. Although, our Mom can be a bit bossy at times, haha!

How do you feel about re-joining Premiere Program in Orlando?

It was full of mixed emotions! We were excited and grateful we had the opportunity to be part of Premiere Program again. We knew that we were going to be much busier with lots more acting Showcases to practice and perform. But, the happiness and excitement topped everything else! 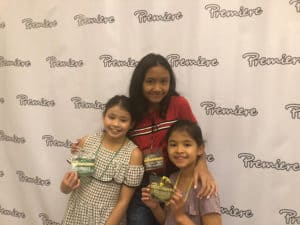 Can you please tell us about the process of the program back then and what challenges did you encounter?

When we were invited to attend Premiere Program in July 2017, we were not quite sure ‘what to do’, mostly because we had just started being involved in the entertainment industry. So, it was more about the learning process.

Challenges will always be there as we develop. For example, we were nervous at times when we performed our acting Showcases in front of the judges. But our love and passion for acting helped us overcome these nerves. Having participated and successfully completed Premiere July 2018, we learned a lot about acting and are definitely more confident. 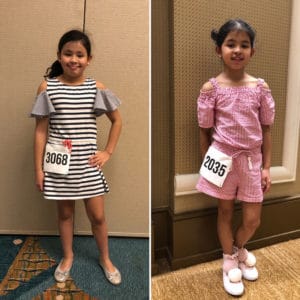 What are your short-term as well as long-term goals upon joining the program?

Our short-term goals were to perform our acting Showcases without forgetting our lines and to get call-backs from the Industry Professionals (which we both achieved!). Our long-term goals are to strengthen our relationship with Premiere Program and to book acting jobs locally and internationally.

Thanks to Genevieve and Audrey Salinas for giving OZIP the chance to chat with them and share their acting journeys!