A mixed marriage consists of a husband and wife that comes originally from different cultures and nations. Though there is definitely nothing new about it, it is still something interesting to be explored. Here we learn that human beings have a deeply inherent similarity, no matter where you were born and what culture you were nurtured in. This deep similarities you can definitely find not just with people of similar blood, but all around the globe. In this special occasion for OZIP’s Wedding & Marriage Issue, we chatted with Regina Budiardjo, an Indonesian woman who married an Kiwi man, Dr. Satoko Braybrooke, a Japanese woman who married a man from England, and Sam Clayton, an Australian man who married Dian, an Indonesian woman. Let’s hear their story! 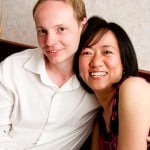 I met my husband at RMIT many years ago. What got me attracted to him was him as a package. I found him cute, helpful, and responsible. As he is my first boyfriend, I am not too sure how he is different with men from my own country.

Before I got married, I thought that I would have some problem in regards to my relationship with my in laws. However, it is in fact a good relationship. It is very easy to reach a comfortable relationship with our respective families. As long as they are not nosy or try to “govern” someone else’s household.

As for my child, I talk to him in Bahasa Indonesia, and I introduce him to Indonesian foods. My child has gone to Indonesia a few times to get to know my family. We do not pinpoint the differences between our culture, we just make it like it is an everyday normal thing. 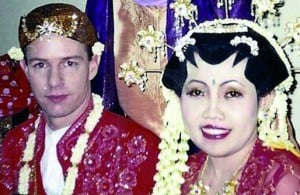 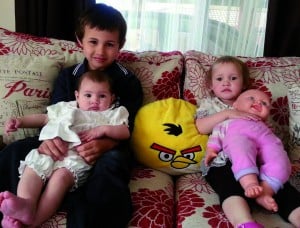 Maybe just little bit like a ‘fairy’ story, we met coincidentally by internet. My ‘ex-boyfriend’, now hubby, was looking for someone to assist him with his job at that moment–as an IT guy who need to make a tourism website and was planning to promote it to some Asian countries including Indonesia. Then he contacted everyone through the messenger chatting room, and you can guess I was one of the people who responded to that message! At that moment I was working as an Online Journalist in Jakarta (Indonesia). My hubby’s version is, “We met via internet. I was very lonely for love and was hoping to grow into the relationship/love.” Compared to local guys, my husband is more flexible and more supportive of me doing whatever I love to do. He also likes to be proactive in helping me with the domestic jobs such as cooking, cleaning and looking after the kids also sometimes like to surprise me with special actions.

Meanwhile, my husband thinks that Indonesian women are less motivated then their Western counterparts, more home orientated and more concerned about social standing than life realities. For me, the best aspect of this relationship is that we can share different cultural values, and our kids grew to be more tolerant with others who have different or varying cultural/

social background. Spread the knowledge and values. We also have opportunities to stay in the different place, experience and enjoy the gorgeous environment in those different places.

There are plenty of concerns too of being in a mixed marriage. We have to be mindful of culture differences, family expectations are higher, children need to know both culture, we need to be more tolerant, understanding and caring of the differential background (culture, social, language), and also need to put on more effort on learning to understand each other, for example the way our partner does his/her thing. Religious interpretation of values could be a problem if you don’t have enough understanding, care, and patience with your partner. Also the different life values could be a problem if we are not concerned about this. The nationality/ citizenship of the kids also, but that can be fixed in a wise agreement between the spouse. Despite our differences, we are lucky we have some common passion. Our children, and doing things like travelling, outdoor activities and cooking together help us, they unite us as some common things to share.

I try to talk to the family from both side, try to form a quality relationship, thank God this time we have social media, at least it helps us to connect each other. If possible, we like to visiting the family once a year, because our extended family are living outside of Australia, they are living in New Zealand (hubby’s family) and in Jakarta (my family). Trying to be connected when we are separated by distance takes some serious effort, but we can show respect in other ways such as sending a card/gift on special days/event, and not getting involved with other family’s

business. Our kids enjoy being a kid from mixed marriage couple, yet they are more ‘aware’ of being an Aussie. But they know the root of the family. We also to try to share the different values/ background to them so that will make them easy to adapt with different situation wherever they are. We try to bring the kids to visit their parents’ countries, to help them realize that they have awesome different background families. 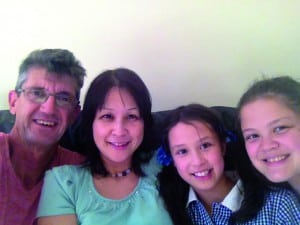 My husband and I met each other through work. We were both attracted to each other because we were interested in each other’s culture. What I think is different about him as compared to my fellow Japanese males is that my husband put more value about our own relationship before any other relationship. In Japanese culture, we respect elderlies, and take care of children before looking after husband and wife relationship.

Despite our differences, we do have some common things going on between us. We have a numbers of friends who are in mixed marriages. And we both enjoy meeting with similar couples.  We both like to exchange our stories with them and often people are experiencing similar cultural differences as well, and these stories are often funny.We also like traveling and eating out ethnic foods together.

For me, the best aspect of being in a mixed marriage is the fact that we can learn the difference and enjoy both cultures. In fact we have more reason to celebrate compared to people who marry within the same background. However, some of our values are completely different or in opposite. It is difficult to accept completely different values, that’s what I like least about being in a mixed marriage.

Before I got married, I thought diet (the kind of food we eat) could be a problem, but since we are both open to different ethnic food, so this has never been an issue. Before I married, of course I did not think anything would not work out. But problems that appear are often related to how we bring up our children. We both believe the way we were brought up is the best. It is always difficult to find the middle point where both of us can meet in agreement.

To maintain a relationship with respective families, having a comfortable distance is important.  Our both parents only help us or get involved in our life when we request.  They understand our children are our children, not theirs.

Speaking of children, both of my daughters some time attend school in Japan, so they learn the difference.  My elder daughter had an issue accepting she has Japanese blood when she went through puberty, but she gradually discovered how great it is to have come from different background. Now she seems proud of the fact that she is half Japanese.

My younger daughter visited Japan when she was 6 years old, and she looked confused! Because she never visited Japan or met my family before. Now she is 9 years old and we visit every year, so she seems to have accepted Japanese as a part of her.

Me and my wife met while I was living in Jakarta, and we met through work. I asked this young lady out for a dinner date after about 3 months of

knowing her; I was attracted to her work ethics, smile and looks. The initial request for dinner was declined; as was the second and third request, only through persistence and probably annoyance did she obliged on the 4th request to meet for a coffee. The rest is now history. Admittedly, I thought at first that an Indonesian lady might be a bit more forgiving than a western girl, although sometimes that “GALAK” attitude has me wondering.  However after 17 years of marriage my love grows stronger every day with no second thoughts!

The best aspect of being in a mixed marriage is that we are always learning from each other, I am learning the Indonesian values of raising a family, whilst my wife is learning about the rules and love for Australian football (Hawthorn).

My least favourite aspect of being in a mixed marriage is that one of us will inevitably have to live away from our home country, family and friends however fortunately my family are nearer enough to being my wife’s best friends so that makes it a little easier. If we move back to Indonesia I now feel that I have been accepted by her family and I will find the support from her family like she does mine.

Before I got married, the key issue was converting to be a Muslim; however I quickly learnt the cultural disciplines in Islam and will always be learning so this is not as hard I first envisioned when I committed to marriage. After marriage, one difficulty is understanding the Indonesian way of thinking, for example; if the children are swimming in the pool and it starts raining they will have to get out because they might get wet and MASUK ANGIN!

As for our relationship with our respective families, my family accepted my wife from day one simply due to her character, openness and sense of humour. As for me being accepted by the Indonesian family, this took 10 years, the reservations & trust of Indonesians towards westerners taking their daughter away are justified however I have now proven that I am a good man!

The common thing that we have is that I admire the Indonesian family values and traditions and the way I was raised was very similar. Our 2 boys (12 & 15) show respect to elders and people from all walks of life which is what we have both been brought up with in our own respective countries. They also know how to work the system, they know the different cultural backgrounds, they know what Mum will agree to and what Dad will agree to and they will seek the assistance of either parent to ultimately get their way! 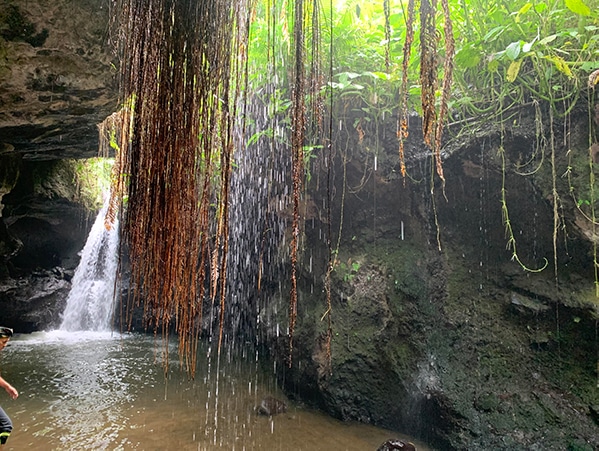