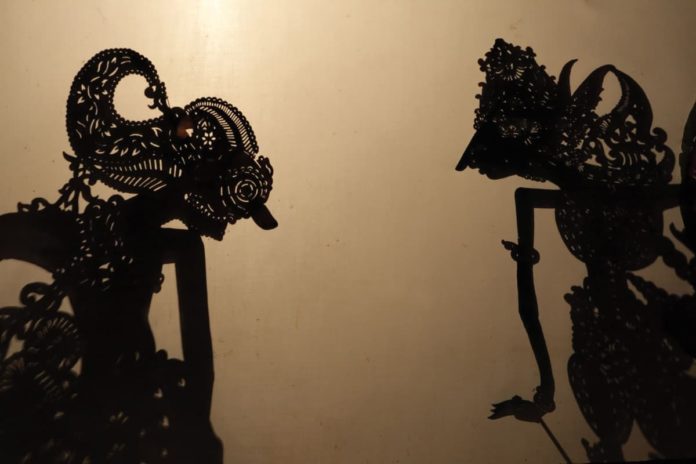 Realizing the influence of India in Indonesia’s past and today.

Indonesia is a big mixture of ethnics and races alongside with their relevant skills. Coming to talk about government representative, the Javanese always dominate the chairs. A quick fact, five of six Presidents of Indonesia so far is Javanese. In the world of business and economic, the Chinese are the most active and persistent. As for the law professions and advocacies, of course, the Bataknese are unbeatable.

Often forgotten is the Indonesian-India although they might be among the early immigrants coming to the archipelago. Various groups of people from the Indian subcontinents have been coming to the islands of Indonesia since pre-history era. In fact, the name Indonesia itself comes from the Latin Indus, means “India” and the Greek Nesos, means “island”. Therefore, the name of our beloved country literally means “Indian islands”.

It becomes undeniable that Indian culture is deeply rooted in native Indonesian culture and history. In Bali, for example, various residual ceramics since the first century AD have been found. History noted that during the 4th to 5th century, the cultural influence of India became increasingly apparent. During the time, Sanskrit language was adopted extensively, as shown in various ancient inscriptions and epigraphy. Since then, Indonesian Sanskrit had developed overtime and India’s literature was derived as the role model.

During the 7th century, almost every part in Indonesia applied Sanskrit. The unique thing, not only the Sanskrit was adopted, bunches of Indian daily vocabularies are used, whether in the written or oral form. Local languages were contained many loan words which are not from Sanskrit alone, but also ​Prakerta and Dravidian languages​​. Our Indonesian language now was made from this development. As language plays important roles in cultural development, it becomes undeniable that some of our cultural products are “made in India”. Wayang (means Shadow Puppet), for example, is using the story of Ramayana and Mahabarata, which are early Indian epic stories, as the background.

As the assimilation was growing intensively, indigenous Indonesians began to embrace Indian religions, particularly Hindu (with Sivaism, Visnuism, and Tantrism as the most popular worshipped god) and Buddha. Once listed as one of the world’s seven wonder, the iconic Borobudur temple is a relic of Hindu-Buddha’s heyday in Indonesia. Later in the 11th century, with the rise of Islam, the religion of Islam was brought to Indonesia by the Gujarat people that coming to trade. However, it was not meant to replace the religious systems that existed, but to complement it. Therefore, it is understandable that some Javanese Moslems often celebrate Islamic holiday the way Hindus do, for example by giving offerings.

According to the 2000 census, there are around 300 thousands India descendants living in Indonesia, mostly concentrated in North Sumatera (Medan and Pematang Siantar) and Jakarta. Among all, the most widely-known ethnics that have been living in Indonesia are Tamil, Punjabi, and Sindhi.

The Tamil, an ethnic group coming from South India, were initially brought by the British colonial to work on plantations in Sumatera. As for now, Tamil-Indonesia had even built a community called “Indonesia Tamil Tamram” in Jakarta that engaged in the preservation of Tamil language and culture, build mutual understanding between Indian and Indonesian, and provide learning opportunities forTamil children to learn their mother language.

A bit different with the Tamil, the Punjabi coming from North India are easily found in big cities in Java, such as Jakarta, Bandung, Yogyakarta, and Surabaya. Most of them usually earn a living by becoming businessmen or merchants and carry out Sikh belief. There are several Punjabis that have remarkable achievement in Indonesia, such as Raam Punjabi, the “king of soap opera”; H.S. Dillon, an expert agricultural economist; and Gurnam Singh, the Asia’s fastest runner in 1962 Asian Games in Jakarta.

The Sindhi are also widely involved in the business sector. They are generally engaged in the
garment and textile industry, food and agriculture, cinema, diamonds and precious stones industry. The Sindhi created a social organization called “The Gandhi Seva Loka” that provide aid mostly to their own communities, such as organizing foster parents program on a regular basis. However, the organization also helped to wider public, especially for the needy.

To be an Indonesian at Heart

In a brief, we can see that India-Indonesians are bonded in very strong communities. There
is even special Indian school established in Jakarta, Gandhi International School, to support their education and social interaction needs. During an interview, H. S Dillon asked for more India-
Indonesians to actively participating in the society. According to him, India communities need to open themselves to get rid the ‘exclusive’ stereotypes that are often seen in the India-Indonesians. “I repeatedly advised all fellow India-Indonesians to mingle more with local people and local communities,” said Dillon, former Executive Director of Partnership Governance Reform in Indonesia, who won Global Award from Priyadarshni Academy, India, for his contribution in the country he lives in. As Dillon added, “Only in that way, India-Indonesians might have wider role in society.”