Home Events “Serenade for the Nation” really existed on Soundsekerta 2018! 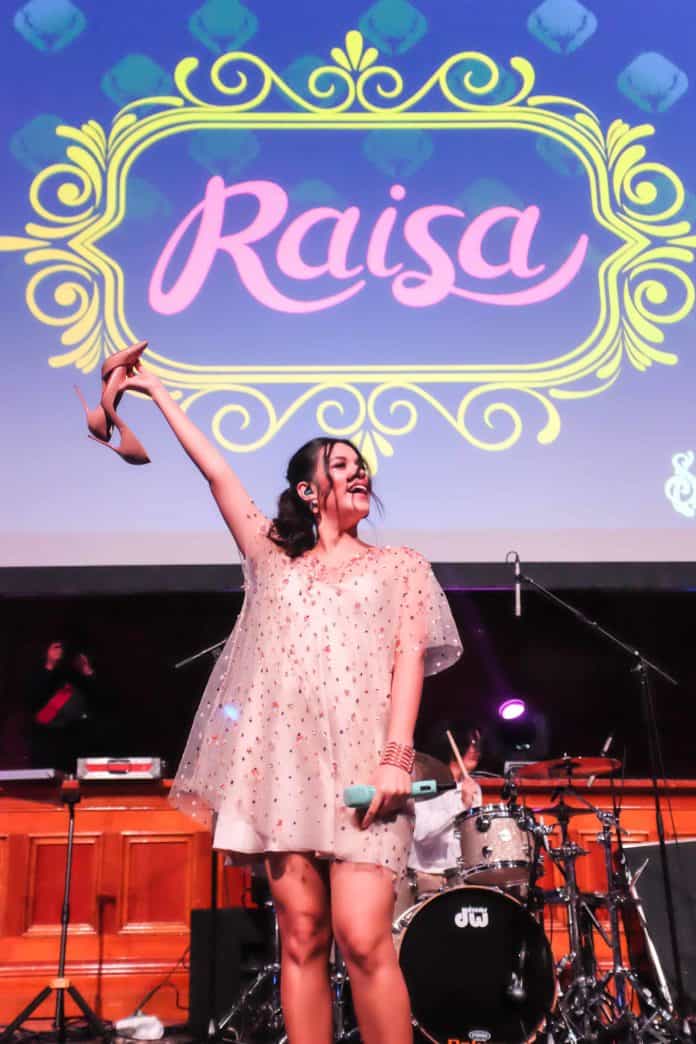 The Soundsekerta that held by PPIA Monash on Saturday night of September 22, 2018 was hugely successful. This event was held at 6 pm in Melbourne Town Hall with over than 1.600 crowds. This year guests’ stars are Raisa, Tulus and special performance by Rayhan Sudradjat.

The gate opened at 5.30 pm, everyone was ready in their position. The crowds came in to Melbourne Hall with a smile and excitement on their face. Before the show begin, PPIA Monash introduced the committee, sponsors and media partner through a video presentation to the audience. The committee also introduced PPIA mini dramas and web series to the audience. 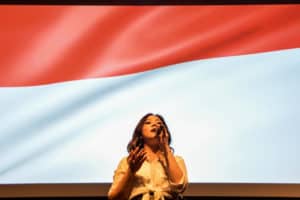 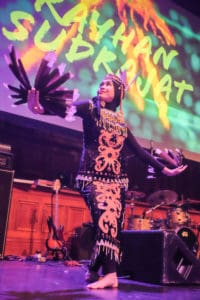 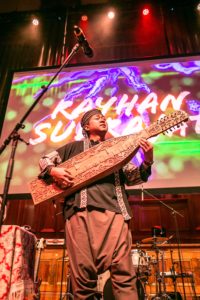 The show began with the special performance of Rayhan Sudradjat with his famous Sape. In this event Rayhan collaborated with Oscar Jimenez (Colombia) and Jay Dabgar (India). By this collaboration they called themselves as the “Indolombia”. They performed Indonesia national anthem song “Satu Nusa Satu Bangsa”. They presented this song with the essence of Indonesia traditional music and a little bit of contemporary music harmony. Rayhan with his Sape, Oscar with his Charango and Jay with his Tabla had successfully captured the attention of audience that assimilation of cultures between different nations could create a beautiful piece of music. The next song they performed was “Dime” and closed by Indolombia song. Rayhan’s wife Rima also accompanied him by performing a modification of “Enggang” dance in the stage. 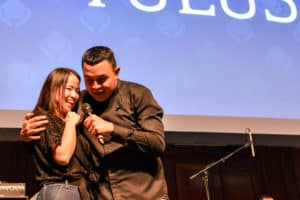 The next guest star was the one that has been waited for long by the audience, Tulus. This time, the atmosphere got even more heated up, all the audience were standing and came to the front of the stage. Tulus’s appearance had captured the audience attention, he wore black shirt, Indonesia traditional sarong and sandals that night. The audiences shouted and screamed happily, greeted Tulus with great fanfare and respect. Tulus performed 10 of his song which include “Ruang Sendiri”, “Monokrom”, “Tukar Jiwa” and “Labirin” that night. When Tulus sang his new single “Labirin”, he seemed to be hypnotizing the audience with his melodious voice. At the same time, he asked the audience to sing together with him. Tulus himself seemed to be enjoy and confident in the stage. Finally, Tulus ended his performance by giving respect to the audience and appreciation to the Soundsekerta committee.

The last performer was the most awaited one, Raisa. She appeared with cream coloured dress and heels. Just like usual, she came back with her love songs such as “Apalah (Artinya Menunggu)” and “Mantan Terindah”. The crowd was even getting more heated as Raisa talked about love and a sense of homesick which really touched most of the youth audiences that night. Raisa was really confident that night, she presented her song with pure heart and feelings in which can be seen from her facial expression. She also has made the audience surprised by pulling off her heels and dancing around the stage. Before close of the night, Raisa introduced her band members to the audience. To end the night, Raisa asked the audience to sing together with her and unexpectedly got the audience turning on the flashlight on their phone. This moment was very emotional and touching the audience where tears of love can be seen in some of the audience’s eyes. Overall, Raisa and her band had successfully entertained the audience with tears of happiness.

This year Soundsekerta has successfully delivered the message of “Serenade for the Nation”. Not just the event, the audience itself represented the theme. Soundsekerta has reached a 12th year run in successfully bringing talented musicians from Indonesia to Melbourne. This success has boosted the hope of PPIA Monash to improve and bring other talented Indonesian musicians next year. Hope to see you again at Soundsekerta 2019, cheers!

Taking Your First Step in Entrepreneurship with PPIA Deakin