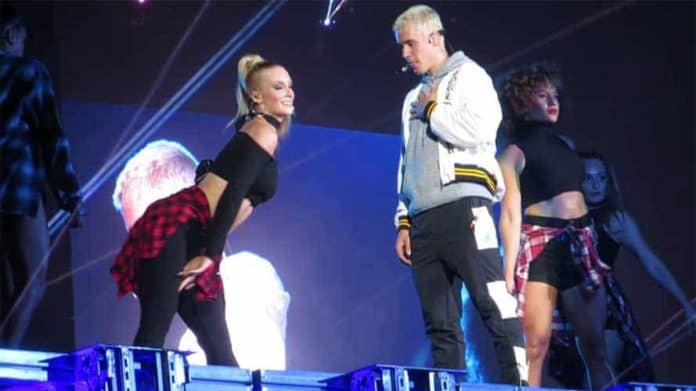 Friday, 10 March 2017 marks the day Melbourne Beliebers reunited with their Canadian phenomenon idol. Justin Bieber successfully turned Etihad Stadium into a major party house with massive stage, blasting lights, bombastic band, and of course smashing hits from his fourth studio album, Purpose, which has sold over 8 million copies worldwide. This concert not only marks Bieber’s third visit to Melbourne for a concert, but also his second destination for a newly established Stadium Tour after kicking off in Perth a week prior. With the change of namefrom Purpose World Tour to Purpose Stadium Tour, Bieber proudly stepped up his game across Australia and New Zealand. 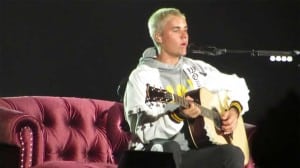 About 45,000 Beliebers packed into Etihad Stadium on Friday night,made up almost by an equal number of young women and men. While it took 1,5 hours of patience until their idol hit the stage, they didn’t have a chance to be bored as Australian band, Sheppard and Dutch DJ, Martin Garrix pleased them with variety of entertainment. Finally, at 8.30 PM, Bieber made a grand opening in a glass cube that rose out of the stage and sang Mark My Words. The crowd went hysterical in instance.

There is no denying that his singing voice was hard to hear due to the amount of screaming from frenzied Beliebers. But the stage became more enjoyable and festive as he brought the second song, Where Are Ü Now. The wildly popular Grammy-winning track showcased Bieber’s much anticipated dance moves that had everyone out of their seats as the beat dropped.The crowd got even more energized when the other dance-heavy tracks such as Get Used to It, Boyfriend and As Long As You Love Me followed.

After the dancing, Bieber created an intimate moment as he turnedCold Water, an EDM-based anthem he produced alongside DJ Diplo last year, into a lovely acoustic. Sitting on a couch with his guitar, the 23 years old popstar showcased his soulful voice and managed to make his fans emotionally connected. The Ed Sheeran-penned platinum-selling Love Yourself  that he serenaded after made the whole stadium sang along melodiously. Bieber continued to sing more songs from Purpose album such as The Feeling, Company, Purpose and Life is Worth Living, combined with the never-gets-old classics Baby and Let Me Love You. 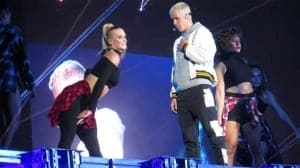 Overall, the concert was a blast. Fiery LED projections, pyrotechnics, lasers and fireworks just proved how big the production was and made sure it was worth the admission price. The only thing that was less-fortunate was the minimal interaction he had with the audience. A few small talks he did were a little off. Although, a special moment when he introduced talented local kids before the rendition of Children showed more of his friendly charm. It must be a real challenge for him to keep his presence while competing with incredible dancers, energetic band, and the other concert gimmicks in front of over 45,000 pairs of eyes. Thus, a real talk moment with fans should have been something he utilized to bring back his presence. Nevertheless, ended with a playful rendition of What Do You Mean and Sorry as the encore, the 90 minutes performance will surely create a beautiful memory for Melbourne fans to be remembered for years to come.