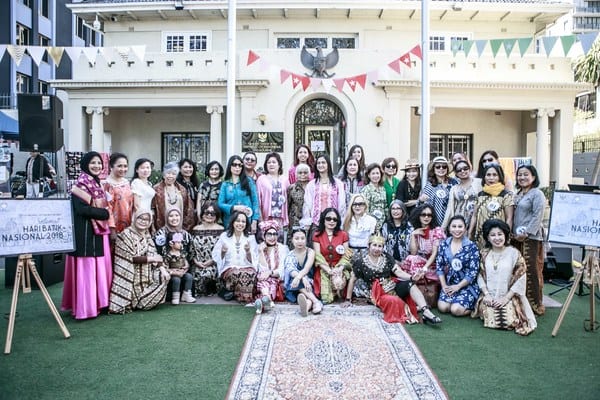 It was Friday, the 13th of October. The bright October sky was filled with catchy music and gleeful chatter as the National Batik Day 2018 reached its peak. Dancers and musicians, donned in beautiful and colourful batik, danced and sang away in the midst of merry audiences in celebration of Batik Day at Melbourne’s Consulate General of the Republic of Indonesia. On this second anniversary of the festival, Dharma Wanita Persatuan collaborated with both the Consulate General and the community to organise an afternoon of festivities and fun while showcasing the richness and diversity of Indonesia’s cultural heritage in the form of food, fashion and performing arts. The celebration also encouraged children to participate in its singalong session, singing songs such as “Pelangi, Pelangi” and “If You’re Happy and You Know It”. 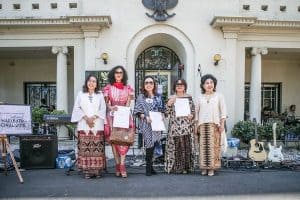 At the centrepiece of the festival was the National Batik Day 2018 Fashion Show. Creative and colourful, the fashion show aimed to show the many different types of the batik including dresses, off shoulder tops and drape shirts. Various personalised styles of the batik were also shown during the walk, displaying different combinations of batik and casual wears to showcase the possibility of instilling a creative element into the traditional dress. Members of Dharma Wanita Persatuan came forward sequentially and shared their own unique twist to the batik in front of the judges while simultaneously competing to win the National Batik Day 2018 Fashion Show Competition. Some members even did the fashion walk together with their children who were wearing beautiful batik dresses and walking confidently toward the crowd and judges.

As said by the head of DWP Australia, Mrs. Caecilia S. Legowo, “[The National Batik Day celebration] is meant to celebrate and showcase the richness of batik to people on foreign land.” The fashion show achieved this feat with amazing enthusiasm and support from the audiences. 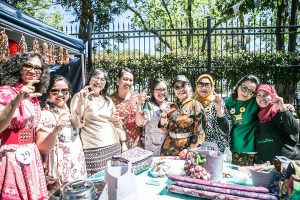 The National Batik Day 2018 included a lineup of twelve stalls selling delicious lunches, small bites, fashionable batik, and hijab organized by the community. Local delicacies and garments enriched the festival and became the highlight of the festival for several guests. Visitors were happily buying and enjoying the food as they watched the performers dance and sing in front of the stalls. Clearly, when a guest went as far as to describe the food as the primary reason for why he was attending the event, the action speaks louder than the word. 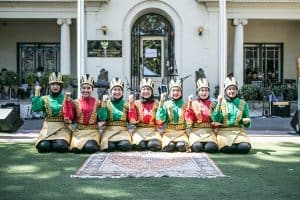 Two of the returning visitors described how the 2018 National Batik Day was different from its 2017 counterpart. They talked about how the current celebration seemed to have higher number of non-Indonesian Australians and how it had more cultural performances than the one before. These were in line with Dharma Wanita Persatuan’s goal to cater the festival to both the Indonesian and non-Indonesian communities and to further spread the richness of Indonesian culture in Australia. 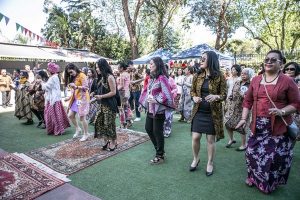 In fact one of the festival committee members, Mrs. Karina Paramestri, described that she hoped the next National Batik Day be “even more crowded, better and to attract even more non Indonesians to the celebration.”