Home Events Basa-Basi AIYA: Looking Back at the 2019 General Election 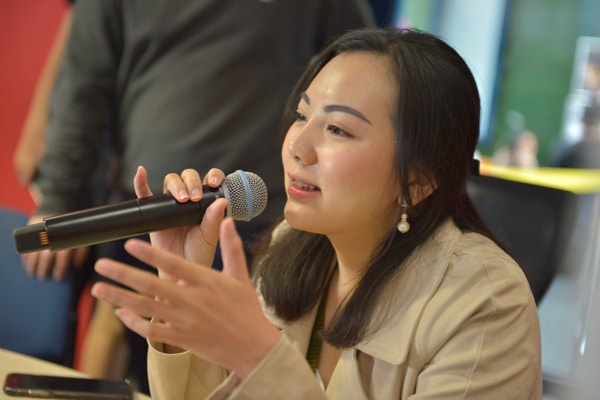 With the recent general election completed, we are all eager waiting for the result on who will be our president for 2019 – 2024. As we wait for the news, it is prudent to also look back at how the 2019 general election fares when compared to the previous 2009 election, especially on what has changed and how it has come to affect the mood and enthusiasm for the 2019 general election. Indeed, this very topic became the focus of Basa-Basi: The Analysis of Indonesia Election organised by AIYA (Australia Indonesian Youth Association). Held on the eighth floor of Building S Monash University Caulfield Campus at 900 Dandenong Road Caulfield East 3145, the seat was quickly filled as students started cramming into the discussion space. With the speakers ready and seated, the evening talk thus began. 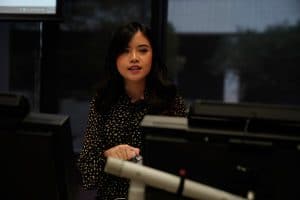 The speakers for the evening included Dr. Ariel Heryanto and Ms. Helen Brown. Dr. Ariel Heryanto has been involved in numerous works, including being the Herb Feith Professor for the Study of Indonesia, Director of Monash Herb Feith Indonesian Engagement Centre and the author of Identity and Pleasure; the politics of Indonesian screen culture, Singapore: NUS Press (2014). He has been around since the reign of Indonesia’s first president, Ir. Soekarno, and has witnessed the growth and development of Indonesia since it was first founded in 1945. Ms. Helen Brown is the Digital Economy Fellow for the Australia-Indonesia Centre, the Managing Director of Bisnis Asia and the former senior journalist from ABC News. Her insight on the general election has been focused on the media coverage of the general election, both in Australia and Indonesia. 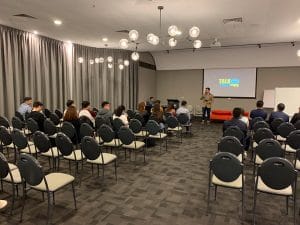 The question then continued – how had the 2019 general election been when compared to the one in 2014? Dr. Ariel answered that compared to 2014 when President Joko Widodo was a new emerging face in the world of politics, the public has now had an inkling on what to expect for his next term should he succeed. Ms. Helen added that compared to 2014, there seemed to be increasing online activities surrounding the election when monitoring the social media in Indonesia. This could potentially cause rumors and inaccurate word-of-mouth to spread more quickly than ever before. Both Dr. Ariel and Ms. Helen agreed that the polarization propagated by social media regarding the 2019 general election might actually be an overestimation on what it truly was in reality. With the rising use of online platform by the mass, selective filtering of false information became ever important for the public. 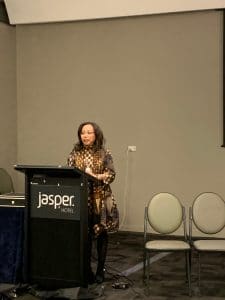 When asked about the rising importance of Islam in Indonesian politics, both Dr. Ariel and Ms. Helen cited that it could be interesting to see how Islam could act as a constructive force in the Indonesian politics. Citing president Soekarno’s three pillars of guided democracy, NASAKOM, religion (agama) is one of the three pillars. They both affirmed that the presence of Islam could be a potential game changer for the political climate in Indonesia.

As the evening drew late and the talk continued, the message of the evening was clear – we can only hope for the best for what is to come. As for the actual impact itself, that will take time to realise and address.