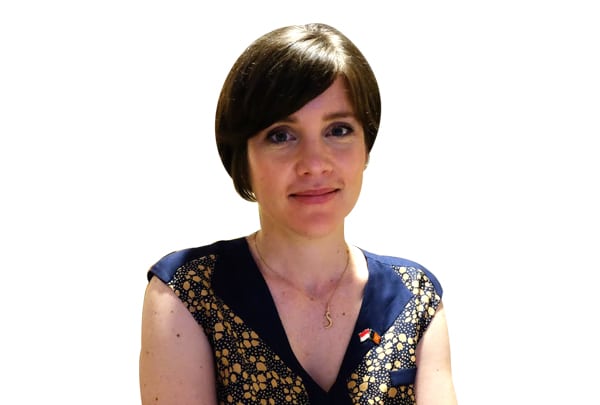 CAUSINDY 2019 has always been focused on facilitating a two-way cultural immersion experience between Indonesian and Australian youths. In the spirit of preserving this spirit, we feel it fitting to offer you both the perspectives of the Indonesian and Australian delegates. You have heard the statement by Doni Marmer – now, it is time to get to know Jane Louise Ahlstrand. She was one of the Australian delegates during CAUSINDY 2019 and she had agreed to further share about her opinions and personal goals in joining CAUSINDY 2019.

When asked about her opinion of CAUSINDY 2019, Jane said that she truly enjoyed meeting so many talented young people during the conference. She felt really honoured to be a part of CAUSINDY 2019 and was quite tired by the end due to the lack of sleep and the adrenaline pumping throughout the entire conference. Nevertheless, she was impressed by the delegates’ stamina and their ability in keeping themselves together during the whole conference.

When asked about her personal goal in joining CAUSINDY 2019, Jane told us that it all began when she first decided to remain actively engaged in the Indonesian community. Coming from a small inland city in Armidale and being quite isolated from the rest of the world, she was excited upon first joining CAUSINDY. That excitement had always been a memorable experience and she thought it would be a fantastic opportunity for her to socialise, learn new skills, share ideas and travel to the beautiful and warm city of Darwin upon joining CAUSINDY 2019.

Upon further reflection, Jane added that it would be more empowering for the youths should they be allowed to have a say during the conference. During future conferences, she suggested that the delegates be allowed a say during the forum as well, instead of having to sit down and listen to the opinions of senior panellists per se. Finally, she hoped to see that in the future, bilateral projects will also include small and moderate scale projects instead of focusing on only big scale and elite class projects. As the conference concluded, there is still much to learn and work on when it comes to Indo-Australia bilateral relationship.

CAUSINDY 2019 has brought a selection of top delegates from Indonesia and Australia to gather around and exchange ideas. With the success of CAUSINDY 2019, one can only look forward to what CAUSINDY 2020 will bring.