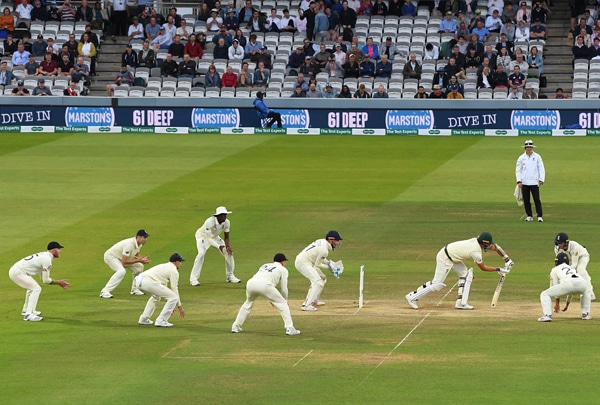 Today, we know Boxing Day as a day of shopping galore. Celebrated in countries which have prominent ties to the Commonwealth — Australia, the UK, Canada, New Zealand and South Africa, the day’s historical origin is quite unclear. Legend has it, the holiday first came to be as a day of commemoration for St. Stephen, a Christian martyr.

Starting in the Middle Ages, the day of St. Stephen has been associated with charity and gift-giving. Traditionally, people would leave charity boxes at churches, to be given to the poor a day after Christmas. It was also a day in which landowners would often give leftover Christmas items as ‘gifts’ for the peasants that work for them.

Fast-forward a millennia later, Boxing Day is now less known for its roots in charity, and more known as a day of big sales following the Christmas season (similar to Black Friday in the USA).

For us in Australia, what are some ways we can celebrate Boxing Day this year?

For those in Melbourne, you can watch the cricket Boxing Day Test match, annually held on Boxing Day at Melbourne Cricket Ground (MCG). These matches are usually between Australia and an opposing national team that is touring Australia during that season.

On Boxing Day 2020, cricket enthusiasts will be able to witness a match between Australia and India. Keen to watch? Purchase your ticket at MCG’s website today!

What better way to enjoy a day off in summertime with an Aussie-style a barbecue? Have one in your backyard, or at one of Melbourne’s wonderful parks.

Melbourne has a range of beautiful leafy parks, complete with BBQ facilities. Bring your friends and dogs, prepare some snags to throw on the grill and cool drinks in eskies, and a speaker to play some music!

Visit www.parks.vic.gov.au to find a park with BBQ facilities near you.

The post-Christmas sale usually begins the day after Christmas, with thousands of shopping centres and shops putting out their biggest sales of the year. Boxing Day is definitely one of the busiest days of the year for shops, and it’s not uncommon to see bargain hunters get into a physical fight in the middle of their shopping frenzy.

This year, with the city still recovering from the pandemic, you can still get your deals online if you prefer to stay at home! Most shops today offer their sales via their online stores as well — no physical fights required.

With the effects of city-wide lockdowns still felt in the economy, it’s also good to think of our local small businesses and show our support by bringing our business to them.

4. Give back to charity

This year has been a tough year for everyone. If you do not have any plans for Boxing Day yet, religious or not, consider bringing back the charitable spirit of St. Stephen and spend your day doing something nice for someone else.

There are many ways you could give back. If you have time to plan ahead, look up charity events in your local community. Or maybe you are in need of a spring (summer?) clean. Look through your wardrobe for items you don’t use anymore and consider donating that to clothing bins. Moreover, giving back does not have to end with giving away material things and going home. You may visit neighbors who are in need and are willing to accept help, particularly those with disabled family members. Bring goods and other tangible presents they can use. It’s also a good thing to advise them of entitlements they can claim, such as support coordination under a government-backed program like NDIS.

None of the above ways entices you? There are many other ways you could give back! Consider donating blood, assisting in soup kitchens, or participating in other volunteer work.