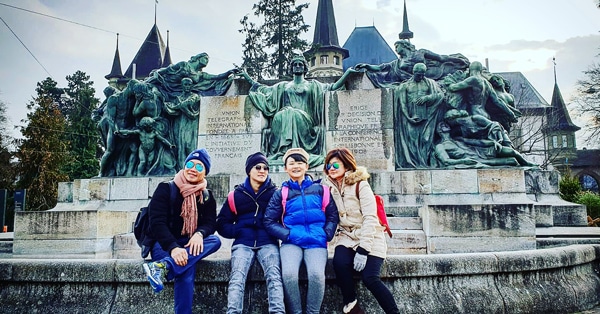 How important is your family to you? This may sound like a silly question and the answer may sound obvious from the get-go. However, it is not rare to find statistics that show how families are still being mistreated by their very own member. According to Australia Institute of Family Studies, in 2017, 47.1% of divorces in Australia involved children below the age of 18 years old. In a similar year, Unified Lawyer found that Australia had a 38% divorce rate, ranking itself as the world’s 9th country with the highest divorce rate. In 2016, UN Women recorded that among married couples in Indonesia, 18% of them were subject to domestic abuse. It is truly sad to see that families are still torn apart, children are forced to choose between a father and a mother and women are still experiencing high domestic abuse in parts of the world. Occasionally, we may lose sight of those who are important to us – and a simple nudge from the community can do wonders in reminding us of familial importance.

At the end of the day, a father’s role is not only to bring home the bacon. A father’s roles are to establish moral authority; set and live by the family identity; provide safety and security and affirm the latent potentials of his child. A father should avoid himself from causing his family to fall into a “fatherless family” scenario.

“Fatherless” simply means the absence or lack of a proper father figure in the family. In this context, it also includes a misguided role of fatherhood in a familial context. It is sad as we progress as a society, there are still cases of domestic abuse and negligence prevailing in our advanced society. It is time for us to step up the effort and reflect on how we can be a better parental figure for our family, both for our children and our spouse.

This belief is closely and strongly held by Mr. David Wongso when he co-founded “Dads for Life Indonesia” and now launching “SUPERB Family” (SF). He believes that excellence starts from the family. Stronger family leads to a stronger community and nation. Building a nation’s human capital starts from the quality of its family. SF (SUPERB Family) itself is a socio-entrepreneur organisation that provides products and services in sports edutainment, training, corporation counselling services for families, communities and schools.

He shared his view on how he believes in the importance of a parental figure in a household. As he continued his explanation, he delved deeper into how materialism, narcissism and hedonism have been creeping into family life. Many parents work hard and long hours for materials and money, inadvertently sacrificing their own family.

The causes of a “fatherless family” can stem from many reasons. Some of which include the absence / passing of a father, the lack of education on good fatherhood practices, divorce, obsessiveness over personal ambitions, overseas occupation and cultural influence. Some of them may seem obvious while the others may be slightly more subtle in terms of their effects. Divorce leads to the absence of an imitable fatherly figure and subsequently the absence of a father. Obsessiveness over personal ambitions may steer a father from giving his family the attention and care the family needs. An overseas occupation presents a geographical hindrance between a father and his family which, if not handled properly, may lead to decreased contact and alienation between the two. Finally, a culture which fully pushes domestic responsibilities to the mother and which does not encourage active involvement of father figure in the family may create a rift between the father and his family, eventually putting the father out of touch with his own family.

As Mr. David took a sip of his drink, the chat concluded with a clear message: fatherhood has many benefits for the family, including developing better cognitive, physical, social and emotional capability for a child. Both a father and a mother have an equally important role in ensuring the longevity and harmony of their family. After all, it takes two to make any relationship works – and the same applies to a family as well.