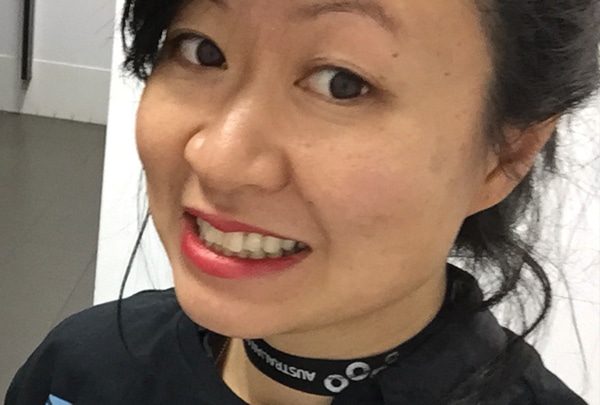 Behind every strength, there was a sadness. A sadness that strengthened the heart and a sorrow that steeled your emotion. Behind every painting, there was an inspiration. An idea that drove the masterpiece, a message imbued in every stroke of the brush. Indeed, behind every achievement and glory, there was a story. A story that chronicled the struggle behind the feat and a story that had yet been told. And more often than not, it is that very story which thus laid the foundation and motivation to what the feat is today.

The same concept is applicable to artistic achievements and masterpieces. Behind every artistic inspiration is a tale of self-motivation and childhood memories and in this edition of OZIP, we explore further the driving force of a talented and budding freelance artist and animator, Ms. Christie Widiarto, who had dedicated her time and talent into bringing these very stories to life through her animation.

Christie is an Indonesian born Australian citizen who has made her mark as a short story artist and animator here in Melbourne, both as a freelancer and an educator. Her rich artwork and short movie productions include some local titles such as “Chasing Planes” (2010), “Wayang” (2012) and “This is Footscray” (2013). Currently, she is working on yet another project involving the exploration of waterways, bird life and Chinese culture in Australia. Her enthusiasm and pride in her work is apparent as she described how she enjoys sharing her work with people from around the world and her excitement when she is invited to be a part of an overseas film festival.

Her history and interest in filmmaking and animation had been nurtured since she was young. She told her story on how her mother had taught her painting since she was young and how she loved the technological advancement provided by the computer. As she looked for ways to combine her talent and interest, she found that animation gave her the best of both world and that she enjoyed writing and bringing to life other people’s experiences and stories. During her free time, she also likes to relax by travelling, camping and hiking her way around nature. Her love for nature has also compelled her into bringing to light the damage that people have done to the natural environment through her art. Even today, she is still finding new ways on how she can blend her love for the artistic world into a platform where she can freely express her views and tell her tale – the hallmark of a true artist.

Her hard work and commitment toward her artistic pursuit combined with her talent had also earned her the title Best Masters Animation Film from the Victorian College of Arts Graduate Screening in 2010. She was also selected as Footscray’s 2013 Emerging Cultural Leader (ECL) where she was chosen for a six-month mentoring and skills development program into blending her art with her own community’s cultural development. Surely enough, the program allowed her to draw a closer relation between her artwork and the community’s artistic and cultural endeavour, giving her a more thorough understanding on how she can integrate the two worlds together.

Her story and experience ring true to all aspiring artists who are struggling in making his/her mark. As a teacher in Melbourne University, she tries to develop both the skills and confidence of both her male and female students. As a fellow female artist, she urges other budding female artists to have more confidence in themselves and to always aim high. After all, it is your stories to craft and only you know how to best represent it.

Discussing the Benefits of Fatherhood with Mr. David Wongso