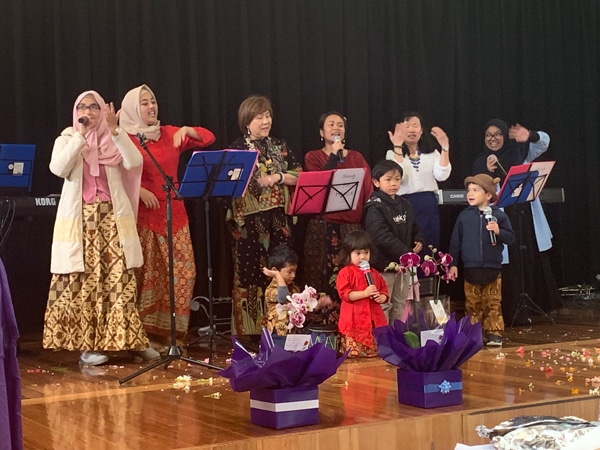 The slightly chilly wind welcomed the coming of autumn in Melbourne. Alighting the train at Glen Waverley Station and taking an 850 numbered bus, you would soon arrive at Menzies Hall located at 41 Menzies Avenue after an approximately 34 minutes’ journey. In the hall, a festival was ongoing – the Indonesian Multicultural Festival of Victoria 2019. As its name suggested, the festival brought you a range of beautiful performances by different community groups. Be it a colourful dance of Cambodian and Indonesian culture, a Chinese song sung by the performers on stage or the showcasing of the Indonesian Pencak Silat martial art, all the audiences were sure to be mesmerized by the vibrant clothing and alluring performances held onstage. 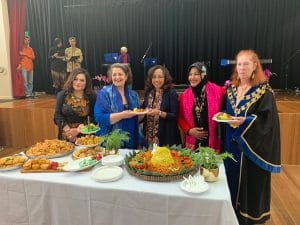 Held on 28 April 2019, just one day after the Indonesian Satay Festival, this multicultural festival was organised by the Indonesian Women’s Friendship Network. Graced also by the presence of Councillor Roz Blades AM, the Mayor of the City of Greater Dandenong and Ms. Spica A. Tutuhatunewa, The Consul General of the Republic of Indonesia in Melbourne (Victoria and Tasmania), the afternoon promised to be a lively one indeed. As the clock struck 12:00 P.M., the Indonesian Multicultural Festival of Victoria (IMFOV) 2019 officially started. 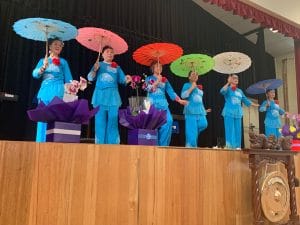 The day was focused on cultural discovery and exchange. It was such a refreshing sight to see a lineup of performances onstage, each one brought by different community group to showcase the richness and diversity of their different roots. Even more than that, the festival also featured nasi tumpeng into the equation. Ms. Spica explained to Cr. Roz Blades AM the significance of nasi tumpeng during celebrations, including how the different ingredients signify different components of a country – the conical yellow rice represents the mountain while the vegetables and meat signify the jungle, humans and many other symbols of a country. It was such a touching sight to see the culture of Indonesia being embraced in a faraway land. Once the nasi tumpeng was sliced, the ceremony was complete.

It did not stop there. The day went on with many more colourful performances featuring Orkes Jawi Waton Muni (OJWM), Sanggar Sang Penari Maria Leeds, Pencak Silat, Mahindra Bali by Anak Agung Widnyana and Nyoman Suka Arsini and many more. One could easily enjoy the beautiful performances and lose track of time while nibbling on some Indonesian local delicacy sold during the festival. Be it the coconut-cream-laden bubur ketan hitam, the sumptuous bakso sapi or the succulent risoles ayam, you would find a selection of local food and snack not usually found around the area. For you food hunters out there, the festival was a definite food haven of delicious and rare treats. 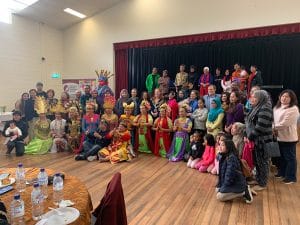 If you happened to miss out on this wondrous celebration of diversity, worry not. This annual event will still be held next year and will still bring out all the best in customer favourite. So be sure to keep an eye on the announcement for the next one and come on down for some good afternoon treat.