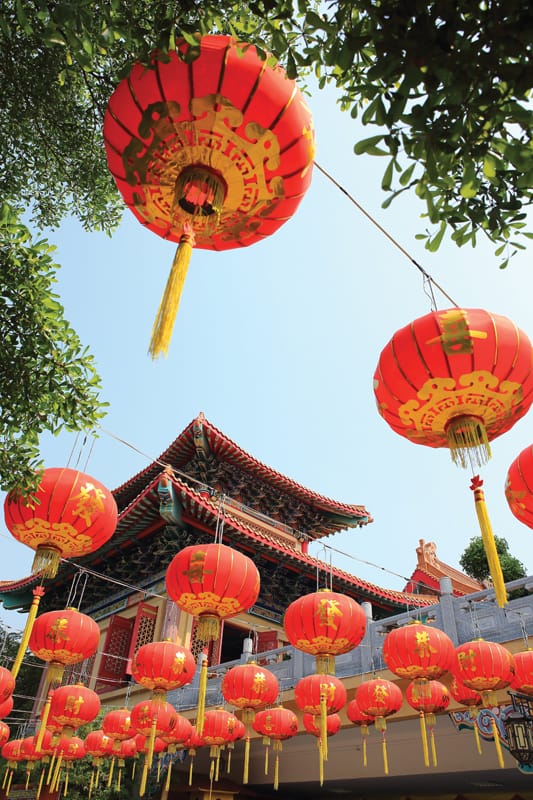 Anyone knows that the Chinese has special Valentine’s day?

At the Night of the Full Moon

In accordance to the combination of 10 Tian Gan and 12 Di Zhi in the lunar calendar system, Chinese ancestry in Indonesia (mostly referred as ‘Tionghoa’) are soon celebrating “Cap Go Meh” Festival. The word Cap Go Meh is coming from Tiociu or Hokkien dialect, “Cap Go”, which means “fifteenth” and “Meh” means night. As the name states, the celebration literally means “the fifteenth night” since Chinese New Year. As all of us know, Chinese New Year is considered as the most important holiday for the Chinese. Unlike the Western’s single-day New Year, the Chinese celebrates New Year for a whole 2 weeks, begins on the first day of the first month (zhēng yuè) in the Chinese calendar system and ends with Cap Go Meh in the fifteenth day.

Cap Go Meh celebration is not only celebrated in Indonesia alone, though other countries may name it differently. Western world knows it as “Lantern Festival” although it is not to be confused with “Mid-Aut mn Festival”, which is sometimes also known as the Lantern Festival in locations such as South Korea, Malaysia, and Singapore. Some Indonesia’s neighboring countries, such as Malaysia and Singapore, are celebrating Chap Go Meh exactly the same name, same way but in Vietnam, the festival  is called Tết Thượng Nguyên. In the origin land China, Cap Go Meh is called Yuanxiao or Shangyuan and Yuen Siu in Hong Kong.

Scientifically proven, the full moon always hangs up on the sky of Cap Go Meh. Interesting, isn’t it? According to East Asian tradition, at the very beginning of a new year, when there is a bright full moon hanging in the sky, there should be thousands of colorful lanterns hung out for people to appreciate. At this time, people will try to solve puzzles on lanterns, eat glutinous rice balls named after the festival, yuanxiao (also known as tangyuan) and enjoy a family reunion. As to its deep wisdom of gratefulness and family reunion, Cap Go Meh is considered as important as the first day of the New Year itself.

Tribute to God and Cultivation of Kinship

There are many different beliefs about the origin of the Lantern Festival, however, it is likely to have had something to do with celebrating and cultivating positive relationships between people, families, nature and the higher beings that were believed to be responsible for bringing or returning the light each year.

One of the most believed belief is that the celebration was originally celebrated as a tribute to the god Thaiyi. Thaiyi god himself is considered as the supreme god of the sky by the Han Dynasty (206 BC – 221 AD). He was believed having sixteen dragons at his beck and had control to inflict drought, storms, famine or pestilence upon human beings. Began with Qinshihuang, the first emperor of China, who named China, all the emperors ordered splendid ceremonies for Taiyi each year. The ceremony was formerly done at night as it is covered only to the court and was not known by the general public. The illuminations are then prepared. However, by the era of Han Dynasty, the celebration was made open to the public and people are allowed to have fun. Since then, at nightfall, people will spread over the streets with various forms of lanterns.

The celebration is often equated with the Chinese version of Valentine’s Day feast. Yes. Valentine twice a year, doesn’t it sound wonderful, fellow gentlemen? The epithet was developed over time as the old and youngsters, during the Cap Go Meh night, are “required” to have fun. However, in South East Asian countries, fellow single ladies are having special treatment! All single ladies (including them who are in relationship but have not yet married) will gather together and throw oranges into the sea. This unique custom is originated from Penang, Malaysia. Generally during the Cap Go Meh night, people are watching the dragon/lion dance (Indonesians called it as barongsai/liong) and gathering to play games while eating a special food called Yuan Xiao. In Indonesia, the special food that is eaten during Cap Go Meh is Lontong Cap Go Meh (a dish made of steamed rice in banana leaf with coconut-milk soup consisted mixed vegetables). In some part of Indonesia with dense Chinese population, such as Singkawang, Medan, and Palembang, the night is even made merrier with the presence of fireworks and firecrackers. Under the full illuminated moon and around the illuminated lantern, who can bear the overdose romanticism created by the night? It’s just perfect.

Pentingnya Memilih Asuransi yang Benar – What to do when your...