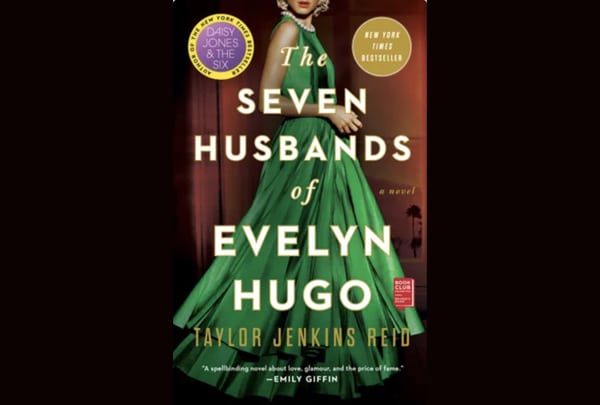 Need a good book to read during winter? Look no further than The Seven Husbands of Evelyn Hugo, a book that has it all — drama and suspense with a dash of glamour.

Although she was stunned by the request, she simply could not turn it down. Realizing this could be the big break she needed for her career, Monique decided to take up the opportunity head-on, and not let herself be starstruck by Evelyn.

Through Evelyn’s tales, readers get a glimpse of the Golden Age of Hollywood. The glitz, the glam, and all the drama. Author Taylor Jenkins Reid admitted that the character of Evelyn Hugo is inspired by real-life actress Elizabeth Taylor, who throughout her life had a total of 8 husbands.

However, do not be fooled as this tale does not focus solely on the husbands, but more so on the star herself, Evelyn. Now an aging beauty, Evelyn lives out her retirement in a penthouse she used to share with one of her late husbands. Yet, she did not grow up rich. A daughter of poor Cuban immigrants and an abusive father, Evelyn grew up in the Hell’s Kitchen neighbourhood of New York City. Through interview sessions with Monique, she told her tale of a small-town girl who made it big in Hollywood, and what happened during the process.

This book is juicy and delicious, like reading an elongated gossip column. Unlike gossip articles however, the readers have an insight on the characters’ minds — their state of mind, goals, dreams, and why they made the choices they made.

Now the big question: amongst all journalists of the world, why did Evelyn handpick Monique? That is something you have to find out at the end of the novel.

An easy read, this book will suck you in with its cast of characters and their life drama. Having seven husbands is no joke, and life in Hollywood is not as perfect or glamorous as it seemed. For those of you who enjoy historical fiction or drama fiction, this book is for you!